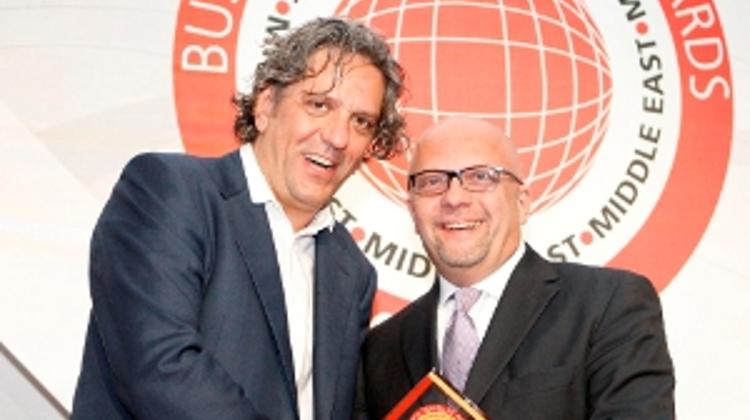 "Qatar Airways has been honoured in Dubai for the second consecutive year with the Best Business Class in the World award by readers of the Middle East edition of the prestigious industry magazine Business Traveller. The Doha-based airline beat off stiff competition from neighbouring regional airlines to take home the coveted award, presented at a lavish ceremony held at the Emirates Towers hotel. Guests from across the regional and global travel, tourism and hospitality industries attended the annual event.

Voting by readers of Business Traveller Middle East was based on the strength of the airline’s inflight service, cabin comfort, ground hospitality and product offerings for travellers in Business Class. Superior seating with a pitch of up to 78 inches, above the industry norm, and fully flat beds are a hallmark of the airline’s Business Class cabin onboard its flagship long-haul aircraft, the Boeing 777.

In addition, voters gave their thumbs up to the airline’s Oryx Multiplex in the Sky interactive inflight entertainment system offering passengers across all cabins with over 1,000 diverse audio and video options covering music, games, movies, TV programmes and much, much more.

“On behalf of Qatar Airways, I would like to thank the readers of Business Traveller Middle East magazine for once again giving their vote of confidence to us and strongly believing in our product, service, hospitality and professionalism in the air and on the ground,“ he said.

“Our customers are true advocates of our product and it is a delight to see their support of our premium cabin across the network, whether on short- or long-haul routes for which we promise an unrivalled experience.”

Qatar Airways is exhibiting at ATM throughout the week, promoting its new Business and Economy Class seats on its soon-to-be-delivered Boeing 787 aircraft. The carrier is the Middle East launch customer of the 787 Dreamliner with 60 aircraft on order.

During ATM taking place at the Dubai Convention and Exhibition Centre, Qatar Airways is also promoting its new routes for 2012 and will unveil expansion plans covering a wide network of destinations across the carrier’s global network, during a press conference hosted by Al Baker tomorrow (May 1).

Qatar Airways currently has orders worth over US$50 billion for more than 250 aircraft, including Boeing 787s, 777s, Airbus A350s, A380s and A320 Family of aircraft. Skytrax is the only global independent passenger survey monitoring airline standards and is considered the ultimate benchmark for excellence in the airline industry.

In addition to winning Skytrax’s prestigious Airline of the Year 2011 award last summer, Qatar Airways was named Best Airline in the Middle East for the sixth year in a row, and its Premium Terminal at Doha International Airport was named Best Premium Service Airport Terminal for the second consecutive year in 2012."