Report: CEO Of The Singularity University In Budapest 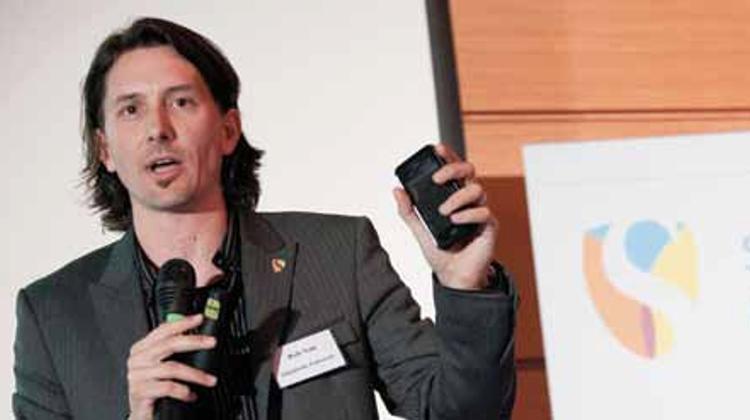 The one thing that marks out Silicon Valley is not the number of millionaire entrepreneurs there, nor even the technologies they develop. It is a state of mind, says the CEO of the Singularity University. In Silicon Valley, and you don’t get this anywhere else, the cool kids are the ones who have failed,” Rob Nail, himself a successful start up businessman, explains. Why? Because they are in the game. Entrepreneurs are, by definition, risk takers. They don’t look at what might go wrong, but instinctively wonder what would happen if it went right.

Their patron saint is Thomas Edison, the fourth most prolific inventor in history, who said “I am not discouraged [by failure], because every wrong attempt discarded is another step forward.”

Nail was in Budapest to promote a very special idea. “Silicon Valley is an entrepreneurial environment where it is OK to share ideas, to try something, fail, and try something else,” says Nail. It is something his university is hoping to replicate around the world. But that’s only half of the story.

Dr. Peter H. Diamandis (founder and chairman of both the X PRIZE Foundation and the International Space University) and Dr. Ray Kurzweil (author of ‘The Singularity is Near’, looking at explosive growth developments within and between scientific and technological fields) jointly founded Singularity University (SU) in September 2008. The aim was to look at how exponentially advancing technologies, sometimes also called disruptive technologies, can work together and, in the hands of the brightest entrepreneurial talents, be used to “address humanity’s grand challenges”.

Exponential technologies start with a very flat growth plan, before xploding into near uncontrollable life. Nail gives the example of the spread of cell phones in Africa. In 1998, just 2% of the continent’s population had access to a mobile phone. By 2009 that was 27%. By next year it will be 70%. That kind of growth can be unsettling. “As humans we have a very hard time understanding exponential change. It is very easy to intuit where we will be 30 steps from now – out the door and a few paces down the corridor.

But 30 exponential steps, 30 doublings, that’s actually a billion steps, it takes you round the world 26 times. If you do 29 exponential steps, it is only 13 times round the planet.” Nail warns that, “Technologies such as biotech and nanotech have a huge potential for disruption.” But in inspired hands, they might just save the human population.

Part of the challenge put to graduates on SU’s 10-week summer course is the 10 to the ninth plus team project (109+), where they are told to come up with an idea that will positively impact the lives of a billion people within a decade. It is not purely an academic exercise, however; SU expects ideas to be developed which will spawn companies that actually do make a difference.

Back in 2009 the university, based in the NASA Research Park, in the heart of Silicon Valley, began to trial its Global Impact Competitions, each with the aim of impacting one million people locally within three years.

At stake for the winner is a scholarship to the SU summer graduate program. “We don’t want somebody who just wants to make money or design an Android app. We have plenty of those in the Valley. We want people who want to solve the poverty problem, the water problem,” Nail says. This year the trial was extended, at short notice, to 16 regional competitions, including the first covering CEE and SEE, organized by  SU Ambassador for Hungary Csaba Szabo.

Within just a few weeks 54 applicants from eight countries had submitted proposals, which were whittled down to six finalists from four countries who came together on May 4. But that is only a start, says Nail. SU alumni such as Szabo will mentor their countries, helping establish networks of like-minded people.

Next year the CEO promises a longer lead-in time to the competition, and possibly smaller regions, with a total of 30- 40 global competitions. “We live in a time where we have access to technologies that can do whatever we want. Anyone can be an entrepreneur and innovate for virtually no cost. We have the potential to create an environment that fuels these people, and we think this is also a way of fueling a new economy.

It is clear there are some great entrepreneurs in Budapest and obviously around the region as well. I am really excited to see where that goes next year as we build a community of mentors.”