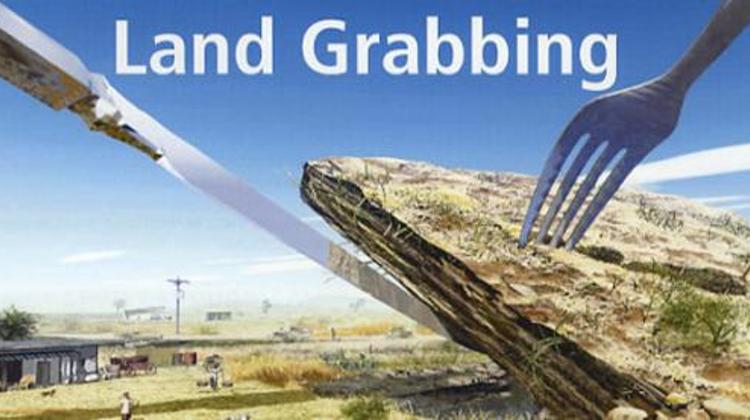 A few days ago Gáspár Miklós Tamás (TGM, as most people refer to him in Hungarian) was the guest of Olga Kálmán on ATV’s Egyenes beszéd (Straight Talk). The topic was the growing Horthy cult fostered by the Fidesz government. TGM indicated that in his opinion the Orbán government’s sudden attachment to the Horthy regime is nothing but an attempt to draw attention away from the government’s grave economic and political difficulties.

A couple of days later on the same program Tibor Szanyi, MSZP MP from District XIII, was even more explicit. In his opinion Fidesz politicians are trying to divert attention from the fact that they are “stealing the nation blind.”

I personally don’t think that the Orbán government’s attachment to the Horthy regime is only a ploy to cover up all the failures and/or corruption that the administration has managed to pile up in the last two years. Even during the first Orbán government there were signs of a move in this direction. For example, the reintroduction of the Corvin-chain, a prize for scientific, literary and artistic achievement established by Miklós Horthy in 1930 and given to people with close ties to the regime.

After eight years in “exile” Fidesz politicians returned with an even greater determination to rehabilitate Horthy and his age, adopting it as a political antecedent of their own “Christian, national and right-wing” regime. Since this process began way before the troubles of the second Orbán government, I think that Fidesz’s attraction to the Horthy regime is genuine and therefore even more frightening.

I admit, however, that the Fidesz-KDNP government is facing a lot of problems, most of their own doing. Of course, the most important challenge is the sorry state of the economy, but one mustn’t forget about another reason for the rapid decline of the governing party’s popularity: corruption. What is being touted as building up a strong Hungarian “national middle class” and a robust capitalist class is in fact a process of enriching Fidesz supporters from public money and national wealth.

The corruption, some claim, is now institutionalized. Because the opposition is practically powerless, the two-thirds majority is emboldened. Their institutionalized robbery is done quite openly and without any fear of repercussions.

When it comes to ferreting out details of the land grab, the role of József Ángyán, former undersecretary of the Ministry of Agriculture, cannot be underestimated. Investigative journalists couldn’t have gotten to government sources proving corruption as Ángyán has been able to. And he doesn’t let up. After making public how large estates ended up in the hands of Viktor Orbán’s friends in the County of Fejér where Felcsút is located, he went on and started investigating the situation in the County of Borsod-Zemplén-Abaúj (BZA). He came to the conclusion that in both cases about 80% of the available state lands went to people with close ties to Fidesz, specifically to András Tállai, currently undersecretary in the Ministry of Interior.

In BZA 5,000 hectares were put up for distribution. According to Ángyán, originally local farmers received smaller 40-50 hectare plots but suddenly the ministry decided to disregard the original bids and start everything from scratch. This time around the results pretty much followed the pattern adopted in the County of Fejér. Almost 500 hectares were given to a company owned by a Fidesz member of the city council of Tiszaújváros.

The company until now had specialized in inter-city transport. A few months before the application deadline, the company’s headquarters were moved to a town that was within the twenty-kilometer radius required for eligibility and the company abruptly changed its stated business from transport to cattle-breeding. Two other large tracts were given to two friends of András Tállai.

Ángyán made the details of the land distribution public, including the Tállai connections. So, it is no wonder that Tállai is no friend of Ángyán, whom he describes as “a naive and gullible man who listens to bad advice and whom the members of the opposition use to their own political advantage.” Tállai thinks that it’s a mistake that Ángyán is still a member of the Fidesz parliamentary delegation.

Tállai is not the only Fidesz politician who considers Ángyán’s activities injurious to the party. Some important government and Fidesz politicians are convinced that Fidesz’s huge loss of popularity in the last three or four months is due primarily to Ángyán’s revelations. According to unofficial information the removal of Ángyán has been discussed in the Fidesz caucus several times. If it had depended on János Lázár, Ángyán wouldn’t be a member of the Fidesz caucus today, but apparently Viktor Orbán is convinced that his removal would create an even bigger problem for Fidesz than his staying. Allegedly it was the prime minister who ordered leaving Ángyán alone for the time being.

Magosz (Magyar Gazdakörök Országos Szövetsége = National Association of Hungarian Farmer’s Circles), a supporter of Fidesz whose leading members are currently in the Orbán government, wouldn’t mind at all if Ángyán departed. After all, Ángyán became a member of parliament both in 2006 and in 2010 as a candidate of Magosz. The leaders of Magosz are trying to convince Ángyán to resign on his own, but Ángyán is stubborn and refuses to oblige.

Meanwhile, the media daily come up with more and more bizarre stories about people receiving land. There is, for instance, the young woman whose current business is making artificial fingernails. That revelation was met with amusement, but when the wife of a Fidesz member of parliament received 34 hectares of land only about 900 meters from Lake Balaton there was indignation and outcry. Bernadett Szedlák, wife of Attila Szedlák, is a special ed teacher without any experience in farming. Her only justification for receiving land was that her parents had been farmers but their lands were confiscated by the state in the 1950s. As Attila Szedlák explained, they “would like to give their children the opportunity to become farmers as their grandparents had been.” Jobbik is demanding Szedlák’s resignation.

So, the problem is not going away and for the time being neither is Ángyán. Of course, sooner or later Ángyán will be booted out.