Exhibition Of Paintings By Charles Sucsan In Budapest, 5 - 29 September 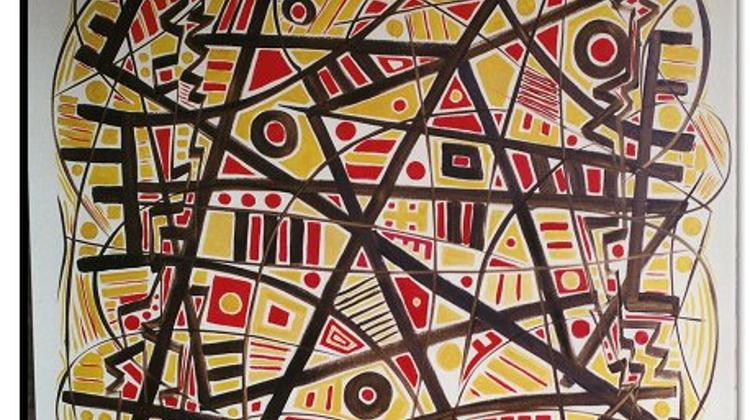 "I am pleased to announce that I will have a solo exhibition of my art in an art gallery of Budapest, Hungary, in September, 2012, after an invitation of art lovers that I've had the opportunity to know, during my travels in the country of my parents.

My interest for the Hungarian culture also comes from my stances in defending the history of the Magyars in the West, whose extraordinary richness is generally unsuspected. This knowledge comes from the fact that I speak also, well enough Hungarian to access this treasure, which is not given to foreigners who do not speak that language. Language whose development has been done for millennia in the Carpathian Basin, which has left its mark on all subsequent languages, and its refinement and subtleties are hard to match.

Unfortunately this language is a hermetical agglutinative language, causing the ignorance of the Magyars, their true history and the meaning of the name MAGYAR. The Hungarians themselves do not know the meaning of their national name. But historical truth is that at the invasion of the Persia and Parthian empire, in VI century A.D. by the invading horsemen of Islam, the aristocracy of Magi priests, preferred emigration to the northern Plaines by Turkmenistan , where they organized the Magi Nations : Mag- i-ar, Mag = knowledge, i =, of, ar = tribes, nations.

This consolidated nation of Scythians descendant, whose members were also originating from the Carpathian Basin as Scythians, returned under the chief Arpad, in 896 A.D. This historical truth is still hidden today for many reasons, but it is not my duty to debate it. I am glad to be privileged to have access to this Magyar culture, without which I would have missed an incomparable treasure, in understanding the world in which we live.

Exhibit my works in Hungary, is to bring a small part of cultural heritage, French, Canadian and Magyar, that my works reflect. My artistic career, certainly, was full of pitfalls, but my 50 years of continuous production have provided fans of art, with works that art histories undoubtedly will acquiesce.

In the twilight of my life, I consider an honour to exhibit in the land of my ancestors.

I will present 28 paintings of different format representing expressions of my artistic concepts the last 50-year career. The artistic interest in Canadian art history is that these works reflect a cultural amalgam of our time and exchange of migration, the extent of which is unsuspected. Of course during 50 years, different periods with different inventions concepts, visual expressions, hence the value of the exhibited works. While there are anecdotal works, but it is either the art, or style that make them interesting for the history of art. I wish the Hungarians, an objective view of these works."