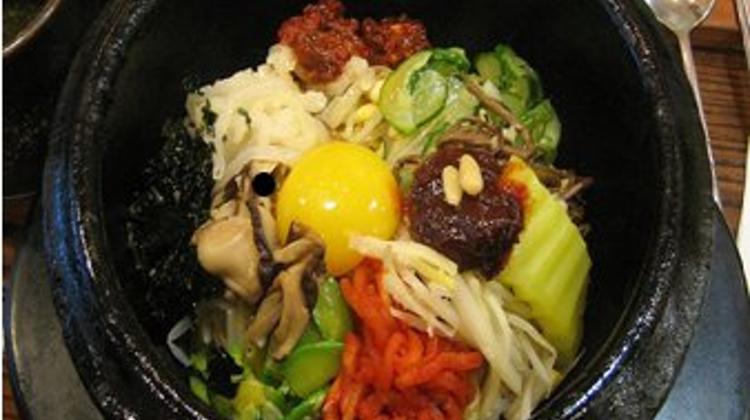 The majority of Budapest restaurants goers have little info about the number of Korean eateries in the city. This article by someone in the know, describes a little about why Korean is worth a go. For those unfamiliar with it, consider Korean food sitting somewhere in the middle of Japanese and Chinese cuisines - many dishes offering the best of both those Asian kitchens. Surprisingly, here in Budapest there are quite a few Korean choices, read on for insights about the best of the bunch.

To enjoy a taste of the unique balance between spiciness and sweetness that characterizes the Korea style of cooking, consider visiting any of the following:

Pocharo
Walking in Kolossy tér, you may be surprised by the concentration of Asian restaurants in such a close proximity. First, well worthy of mention, is Okuyama-san’s sushi bar, then there's Sushi sei - the pricey Japanese, a Wasabi conveyor-belt of Asian tastes, and several Chinese restaurants. The growing competition between these Asian restaurants has now become more intense with the recent opening of Pocharo, the new Korean restaurant on the block.

Inside there are a wide variety of Korean dishes to choose from, dive in and try the 'Kimchi Stew With Pork Belly'. All mains are can be accompanied by lots of Kimchi - side dishes like fermented vegetables, often very spicy - which are refilled by the waiters every time you empty your plate. So no need to be shy, the food is authentic and delicious, and you can expect to leave with a bill for below 5000 HUF.

Han Kuk Kwan
Although there are not many Europeans who dine there, many Koreans come to Han Kuk Kwan to enjoy the cuisine of their homeland. This surely serves as an indicator of the authentic flavors and cooking style of the food being served.

A Lonely Planet review says, "No one is going to be able to tell you what a Korean joint is doing way out in district XIV southeast of City Park, but who cares? It’s about as authentic as you’ll find. If you can afford it, try one of the barbecues. Otherwise stick to things like the pajon (green onion pancakes) served with seafood or any of the rice and noodle dishes".

The portions are huge and are sometimes so spicey that not even the kimchi can ease the pain. Do, be aware of Bulgogi’s and Bibimbap’s huge kick. Prices start at 3000 HUF, so at the end dining here costs about the same as Pocharo, but – and here is the catch - the drinks are expensive. Considering the spiciness of the food, you are definitely going to need a few drinks sooner or later. But 500 HUF for 0,2dl of Coke? Nevertheless, the authentic food in this restaurant makes it worth trying out.

Arirang
This Korean restaurant in Buda is convenient for many expats but gets mixed feedback, for me Arirang has the best Bibimbap - rice and vegetables with spicy pastes. The waiters, who speak Korean and English, are very polite and helpful.

One review on Tripadviser is not so positive, “Don't waste your time and money on this Korean restaurant,” says a U.S. guest. "The portions were tiny - my husband's bulgogi was a small plate mostly filled with onions and mushrooms instead of beef. My "entree" soup was a small clay casserole dish filled with macerated pieces of tofu and potatoes that were obviously recycled from last week... The mandu appetizer was acceptable."

The price range will definitely put some diners off, as almost every dish has a price tag of 3000 HUF or above. For example an omelette dish and a Bulgogi full of sirloin steak are both priced at 3300 HUF. You're likely to leave with a bill close to 10000 HUF, and so this is definitely not the place for anyone on a budget.

Kínai-koreai étterem (Chinese-Korean restaurant):
Although the name is not a catchy one, don’t be fooled, this little restaurant is a full-fledged Korean restaurant no matter what its name suggests. Not too far from the Arany János utca metro stop, this tiny restaurant is capable of serving around 20 guests at any one time.

It is owned and run by a very kind Korean lady. Although this place might not be as imposing as those previously mentioned, this small restaurant beats the others in terms of price as you can dine well for around 2000 HUF.

The four places above are not the only Korean restaurants you can find in the Budapest, others worth a try include Mennyei Ízek (Celestial Flavors) at Pacsirtamező utca 13, and Seoul House at Fő utca 8.