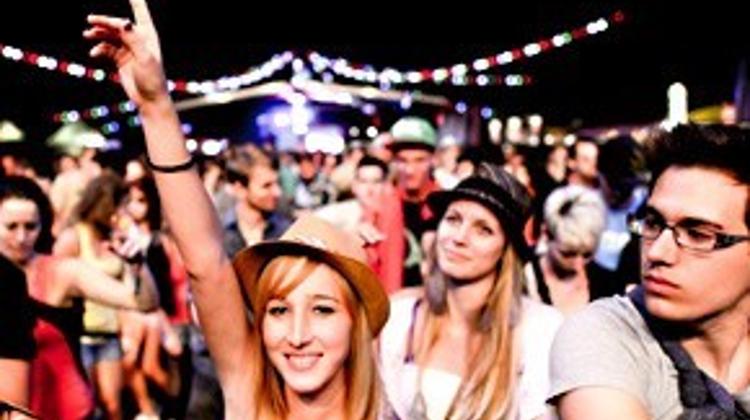 Still 7 month to go before opening the gates of the 2013 VOLT Festival in Sopron but the organizers have already confirmed 5 all-star acts as an advent gift. The Telekom Main Stage will host both Thirty Seconds to Mars and Queens of the Stone Age on 3rd July! To add: great acts as Example, Jamie Woon and the Parov Stelar Band are also performing! A limited number of special Christmas tickets with 20% discount are already available for the first 1000 buyers till the end of December.

Thirty Seconds to Mars is without doubts one of the most important rock bands of the last few years, already giving a sold-out show at the 2011 edition of VOLT, in front of a massive crowd of 25 000. The band has millions of fans all over the world and even made it to the Guiness Book of World Records, thanks to the 309 concerts they gave to present their “This is War” album until the end of 2011. Currently working on their fourth studio album, Thirty Seconds to Mars has been a top choice of fans at the festival’s wishmachine app, so thousands of them will be delighted to see the band returning and headlining the opening day.

Same day, same stage and another huge act at VOLT festival in the form of rock icons Queens of the Stone Age, giving a first ever show in Hungary! The band from Palm Desert, California has basically invented their own style, playing a riff-based, mind-blowing solid rock, led by their ingenious front man, Joshua Homme. Queens of the Stone Age has already recorded 5 great albums, currently working on the next one with Dave Grohl of Foo Fighters and Trent Reznor of Nine Inch Nails.

Few weeks ago the new album of Example hit the stores, already being on the top of the album charts. Many say 2013 will be the year for Example as all of his gigs are sold-out and “The Evolution of Man” debuted at number 2 on the UK Singles Chart. The well-known star will perform with his band 6th July at VOLT.

Being sexy and smooth with an exceptional voice singer-songwriter Jamie Woon blends sensible electronic tunes with hot soul music. His career is on the right path since his album Mirrorwriting was released in April last year. Since, he was awarded to be the year’s most promising new British artist. As he has more and more top hits, spread by radios, he became one of the top targets of the festivals wishmachine so now the fans can meet him in July at VOLT.
The Hungarian public met the name of the Parov Stelar Band at VOLT Festival many years ago. Since, the inventors of electro-swing conquered Europe and the Hungarian crowd just loves them. In 2013 you can meet them twice: in July at VOLT and at the end of summer at Sziget.

“Earlier it has never happened that we could announce a list of world-known artists before Christmas for the upcoming VOLT Festival. Knowing the first five big names of VOLT we foresee a very promising 2013 but negotiations are still taking place with other international artists. Besides the line-up most of the people would like to know the location of this year’s VOLT. We would not like to answer this yet but we assure everyone that we keep up with our old slogan: It is good everywhere but it is the best in Sopron! So the festival will be hosted at the town of loyalty, of course” – told by the main organizers of VOLT, Zoltán Fülöp and Norbert Lobenwein.

Besides the confirmed star acts it’s good to know that the first 1000 buyers can buy 4-days festival passes available on a discounted price of 70 EUR due to our special-priced Christmas sale until 31st December.