Hungary's PM: A labour-Based Economy Is Key To Crisis Recovery 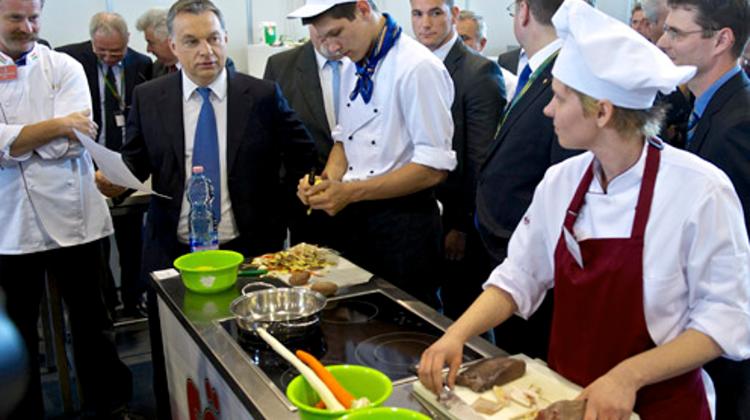 Developing a labour-based economy will be key to boosting living standards in the country, Prime Minister Viktor Orbán said on Wednesday.

Vocational training needs to be adjusted to the demands of the economy, respect for manual labour restored and the education system needs to become more transparent and standardised, he declared at the opening ceremony of the finals of a national vocational student competition.

He said it has been commonly understood that the usefulness of good vocational training can match that of a university degree. "Now we also realise that this can even be true the other way round: not all degrees are worth as much as a good vocational skill," he added.

"Europe, as it is trying to recover from the economic crisis, must face the old truth that we won't be able to climb out of the pothole without creating real value," the Prime Minister stated.

The current competition also sends the message, it is wrong to think that only those will succeed today who "can produce significant profits from dubious business operations with the least amount of actual work", he added.

Hungarians have proven that they possess good professional skills and are hard-working. If this were not the case, large international companies such as Mercedes, Audi or Lego would not have invested here, Prime Minister Orbán said.

In his opening speech, head of the Hungarian Chamber of Commerce and Industry László Parragh said that nearly 200 students from 110 schools will be participating in the three-day competition and festival, held at Budapest's Hungexpo Exhibition and Fair Centre.