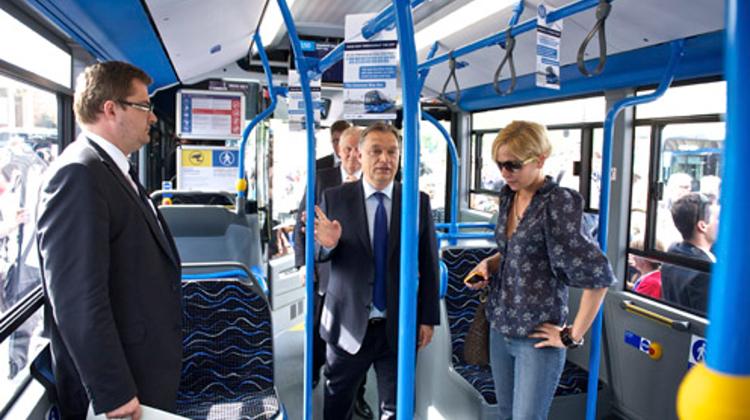 Winner of the tender last year VT Transman will provide the Budapest Public Transport Centre (BKK) with bus services worth an annual 10 billion forints. It took delivery of the first 50 Mercedes-Benz Citaro buses at a ceremony in Heroes' Square, as part of a 159-unit order.

Prime Minister Orbán said Hungary is now performing better and Budapest is also showing that it is capable of more than it had been capable of in the past. He said the people of Budapest deserved to have the world's most modern bus technology operating on the streets of the capital.

Mayor of Budapest István Tarlós joined the Prime Minister at the ceremony and emphasised that the standard of public transport has to be raised. He noted that the new vehicles would be the first low-floor buses to take the streets of Budapest since 2006.