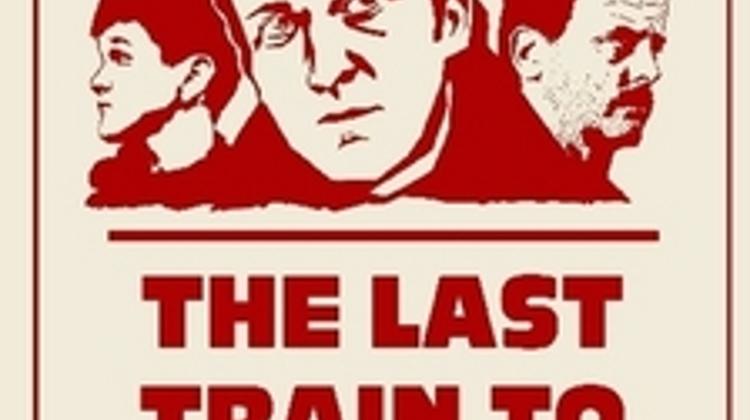 "My Dad and I broke down in 1982 in a village called Abaújszánto, Hungary. I was 14 years old and unknowing to me at the time, this moment was to be pivotal and would change my life years later.

Amongst the mayhem of a broken down vehicle, my dad and I sat on grassy bank at the side of the road. Behind us, his college that he'd attended from 1953 - 1956, ahead of us, a railway line - this was Abaújszánto station.

With moist eyes, he took me back in time and began to tell me tales of his past and his life at the college behind us. Amid his thorough descriptions he eventually got to his participation in the Hungarian revolution and he pointed across to the train station and said "it was there where my escape began - it was top secret when I caught the last train to Budapest. I didn't know what lay ahead, I only knew I yearned for freedom."

For hours he continued and I listened attentively.

Five years later, tragically my father passed away and it seemed I was the only one who was left who knew his true story.

The following years saw me researching his tales of life behind the iron curtain and the incredible ways of how a Hungarian lived in those times. I was inspired to study the history of Hungary and Europe thoroughly examining the atrocities of world war two that led to the occupation of Hungary. Eventually, I was ready to write my book.

The synopsis on the back cover of my book reads as follows:-

"Nandor Pekar, father and grandfather, aged 48 years, was Hungarian but had lived in England since he escaped the clutches of communism at the end of 1956.

Following his unexpected suicide in 1987, he left a mysterious note for his son sending him to the heart of Hungary in search of his father's enigmatic past.

Nandor, trained by his father to survive like an SAS soldier in the heart of the Zemplen mountains, when the moment of impact arrived in 1956, he ensured the Russians were faced with a well organised fearless populace which improvised with amazing bravery.

Following the bloody battle for freedom, moseying amongst the depression of Budapest's bludgeoned core, Nandor realises there is only one chance to beat the Russians. To escape!"

The Last Train to Budapest is a story of revenge, patriotism, romance and violence encompassing a thrilling tidal wave of emotion with an unexpected grand finale."

Words by Richard Pekar
E-mail him by clicking here