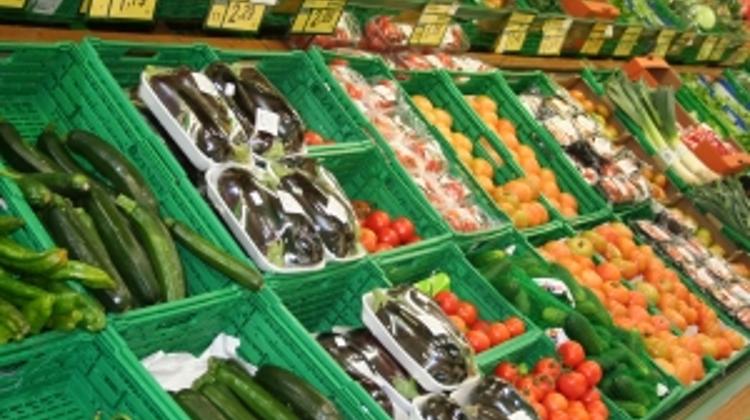 By<a href=" http://welovebudapest.com/en " target="blank"> We Love Budapest </a>: When it comes to buying groceries, there are more exciting options beyond supermarkets. Marketplaces provide an intimate, less-alienating way of upgrading your pantry, and are full of farm-grown and handcrafted goods.

Vegetables, fruits, baked delicacies, meats, pickles, and everything nice to spice up your meals are waiting for you at the best marketplaces of Budapest. You should definitely take a tour during your stay at Sziget Festival, so you can gain energy from the fresh goods or to buy some souvenirs! To decide which one you fancy, scan through our list below and use your Sziget-Budapest CityPass to get from one place to the other!

Situated at Fővám tér, right next to recently renovated Szabadság híd (Liberty Bridge), Nagy Vásárcsarnok is the biggest marketplace in Budapest. It is not only spectacular due to its size and its location, it’s also a work of architectural art sprinkled with Neo-Gothic elements, and roofed with ceramic Zsolnay-tiles. Besides buying farm-grown products, you can also scan through the selection of quality souvenirs, and gobble Hungarian dishes such as lángos (a type of flat bread usually served with cheese and sour cream) or fried sausages.

A traditional market hall located in downtown Budapest, a few minutes away from the Parliament, and nearby Szent István Bazilika (St. Stephen’s Basilica). Hold utcai piac basically has the same interior as Központi Vásárcsarnok, although in a much smaller and less crowded space. Farm-grown vegetables and fruits, simple but tasty Hungarian dishes, and early morning grannies are all present in this beautiful building that resembles a railway station’s lobby. The atmosphere is nothing less than homely, and there’s a number of eateries on-site – a Chinese buffet and some hash houses offering authentic Hungarian foods being prime examples – swarmed by nearby office workers at lunchtime every single day.

This market hall is as old school as it gets. The building housing Hunyadi téri piac has only been tinkered with once since it’s been erected in 1897. The marketplace was hit by a bomb during WW2, although you wouldn’t tell that looking at its interior and at its arched roof; both are in great shape, and serve as architectural eye-candies. The range of products leaves nothing to be desired : farm-grown vegetables and fruits, several types of meat delicacies from traditional producers, animal intestines, and many more. Despite being close to Andrássy út (Andrássy Avenue), Oktogon, and Terror Háza (House of Terror Museum) Hunyadi téri piac is mostly frequented by locals.

Rákóczi téri vásárcsarnok, being built in 1894, has seen all the ups and downs of Budapest. After surviving WW2 basically without a broken window, it was almost burnt to ashes in 1988, but was rebuilt and reopened three years later. During the rebuilding process, its vintage interior has been fully restored, making it an architectural treasure chest. Most of the stands sell meat, although fruits, vegetables, and dining spots are also present, and there’s a beauty store, a Chinese grocery, and a supermarket on-site.

Battyhyány téri vásárcsarnok got a spot on our list on account of its history – it was built in 1902, and served as a traditional market hall for decades. As for the present, it’s more fitting to denote it as a two-storied shopping mall taken over by a supermarket, a beauty store, a bank, a post office, and other scenes of dime-a-dozen duties of everyday life. However, it’s housed by a beautiful building, which, when illuminated at night, looks like a French villa. The market hall’s location is also worth a novel: it’s situated at the foot of Budavári Palota (The Royal Palace), right at the Danube Bank, and faces the Parliament.

Gigantic Lehel Csarnok is a cross between a spaceship, a pagoda, and an avantgarde factory. Its eccentric design has been stirring arguments and emotions among locals ever since it’s been opened in 2002, and some Budapesters still can’t get over the way Lehel Csarnok looks. As for the content, Lehel has everything and perhaps even more you would expect from a market hall: farm-grown products, heaps and heaps of meat, tons of spices, fish, pickles, cheap clothes, and even laptops, cell phones, and computer hardware. It’s situated a metro stop away from Nyugati Pályudvar (Western Railway Station), and a hair away from WestEnd City Center mall, and is frequented by many ages and nationalities.

Fény utcai piac is located on the Buda side, right next to Mammut mall, and in the vicinity of Széll Kálmán tér (Széll Kálmány Square). It is a semi-open-air, multi-storied marketplace lacking neither gourmet groceries, nor prices fitted for deeper pockets. But, as they say, everything has a price, with the wide range of high-quality products sold at Fény utcai piac not making an exception. Farm-grown vegetables and fruits, meats, baked goods, confectioneries, jams, beers, and wines can all be found here, just to name a few; though the ground floor’s store selection is just as wide as the product sortiment.

There has to be some sort of love-like bond between newly-built or recently refurbished marketplaces and shopping malls. To continue this tradition, Fehérvári úti vásárcsarnok can be found on the Buda side, right next to Allee mall. To be more precise, it’s situated at the terminal of tram no. 4, near Petőfi híd (Petőfi Bridge), and an Olympic hammer throw away from world-famous A38. Despite being wholly modernized in 2008, it’s not as intrigiuing as, for example, Lehel Csarnok from an architectural point of view. The selection of fresh and tasty goods holds no surprises, but the variety of hash houses, tiny drinkeries, and buffets is truly spectacular in this multi-storied market hall.

One of the least well-known marketplaces in Budapest, although the residents of Óbuda would certainly not approve this statement. The tiny venue housing the marketplace, the old ladies and gentlemen operating the stands, and a great dose of recurring customers conjure a homely, countryside-ish vibe. And we haven’t even mentioned the heavenly goods such as sausages, fruits, vegetables, fish, and everything else your pantry has been dreaming of.

Another love story between a marketplace and a shopping mall, this time around starring the biggest and best bio market of Budapest and MOM Park. It’s open on Saturdays between 6:30 AM and noon, and awaits health-conscious customers with an enviable selection made up of bio products such as fruits, vegetables, cheese, honey, juices, milk, cottage cheese, and many more.