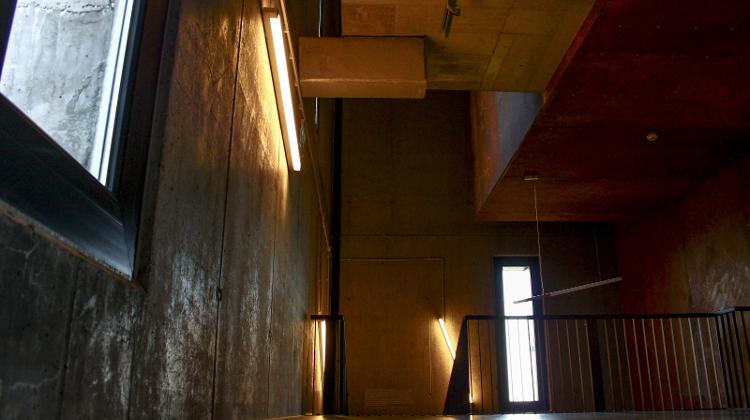 The Kemenes Volcanopark Visitor Center opened on the 22nd of April in 2013. The building was built next to the Sag hill, and with its architectural style and theme is unique in Hungary and the nearest countries. In the museum you can learn more about the giant power and size of volcanoes and how fast a volcano can erupt, through modern touch screens. The screens and tablets show the visitor how volcanoes look today, as well as how volcanoes looked a few million years ago

The simulators in the Discovery hall demonstrate the power of the earthquakes and how the geysers function. In this hall, you can also try on the real protective clothing of a volcanologist. In the Room of Volcanoes you can find a model of Mount Etna and learn more about the nature of volcanoes, rocks and minerals: what they consist of, and the forms they can become. Did you know that there are many stronger examples of volcanism? Land your virtual spaceship on Mars, Venus or the Moon. In the Simulation Room, eruptions are simulated in order to forecast which areas are in the most danger. Come and explore the world of the volcanoes!

itsHungarian : Why was Volcanopark formed in Your town? What were the antecedents of the establish of Volcanopark?

The idea of the Kemenes Volcanopark came from the most spectacular tourist sight of Celldömölk and it’s area, the Sag Hill. The Sag Hill is a 5.5-million-years-old basalt volcano but it’s not working anymore. Originally the hill was 291 metre high but now it is only 278 metre high as a result of the mining activities starting in the 1910s. Now, we can see the depth of the hill. The crater is a great place to spend there a weekend. You have a choice for hiking and learn more about geology, flora and fauna.

itsHungarian : Next to the volcanoes there are astronomy – the Solar System – is in the focus, are the visitors inform in these two topics?

In the Room Verne visitors get information not only about volcanoes on other planets but also about general astronomy. Volcanism on the distant planets and moons of the solar system is more extensive and more different than on the Earth. In the solar system there are for example icemoons, which surface is covered by ice. In this case ice is coming up to the surface during the eruption.

itsHungarian : How long does it take an average visitation approximately, please say some concrete programmes.

For groups there is always a guided tour, wich can take 1-1.5 hours on average. After the tour everybody can go back to the place she/he liked to get more information about it. Visitors often spend 2-3 hours here watching videos and reading more information on tablets and screens. The exhibition is very interesting for teenagers as well because there are many touch screens with models and animations from volcanism.

The Kemenes Volcanopark is perfect weekend destination for families. Most of the visitors describe our exhibiton as a very special experience. A lot of pupils (from seven-years-old to teenagers) visited us in June and May. All of the kids enjoyed the time by us. The exhibition is a unique volcanic experience for adults and professionals as well.

Beside the Volcanopark there are many sights worth to visit in Celldömölk.

On the Sag Hill you can have a fine walk, picnic or an exciting hiking. The view from the top of the crater is breathtaking. If the air is clear you can see the hills of the area of Balaton as well.

In the Vulkán Spa and Thermalbath you can relax, swim, have a nice massage or spend some time in a sauna.

itsHungarian : Visit of the museum is supported in multiple languages?

itsHungarian : What kind of visitors’ feedback did you get so far?

We get our visitors filled in our questionnaire to get to know their opinion or new ideas of the place since the opening time. We registrated more than 6500 visitors between April and July and 98% of them described the exhibiton as an „amazing” and „special experience”.

There were a lot of handicapped visitors and they really liked the visitor centre.

The greatest pleasure is when you can see during a guided tour that not only adults but also the kids enjoy it very much.