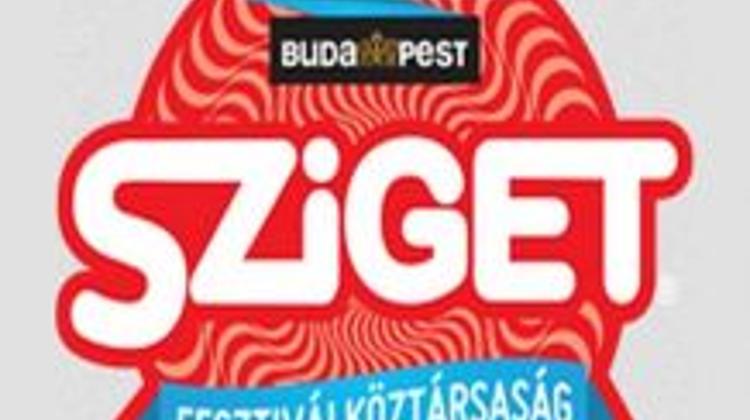 The 21th Sziget Festival will be held on Óbuda Island from Monday 5 August to Monday 12 August 2013. Thanks to the agreement between Sziget and BKK Centre for Budapest Transport, special CityPASS wristbands will go on sale entitling holders to public transport and other special services during the event. Furthermore, we are launching special dedicated transport services and provide higher frequencies on suburban railway line H5, tram lines 1 and 1A as well as on night bus lines 901 and 918. Tram 4-6 provides around-the-clock service on the Grand Boulevard between Széll Kálmán tér and Corvin-negyed metro stations during the whole period of the event.

During this year’s, the 21st Sziget Festival

- we sell jointly with Sziget CityPASS wristbands which entitle holders among others to free public transport on BKK’s services within the area of the City of Budapest, to free entry to spas and pools, provides discounts on Budapest museum tickets, the zoo and the amusement park and the services of City Taxi,

The venue of Sziget Festival is Óbuda Island located in the northern part of Budapest and it can be reached from the Buda side of the river Danube. Access is recommended by suburban railway line H5 but a nearly one-kilometre-long walk is also an option from buses 9, 34, 86, 106, 134 and 234 coming from the city centre, Kőbánya and South Buda or alternatively by the dedicated boat service.

Suburban railway line H5 can be easily accessed at the following connection points:

Batthyány tér stop of metro line M2, which is also the city terminus of suburban railway H5
the Margit híd stop by trams 4 and 6
Batthyány tér stop of trams 19 as well as of bus 86 from South Buda
from Liszt Ferenc International Airport: bus 200E to Kőbánya-Kispest metro station, metro line M3 to Deák Ferenc tér metro station and connection to metro line M2 to Batthyány tér
from both Déli and Keleti pályaudvar train stations take metro line M2
from Nyugati train station take trams 4-6 to the Margit híd budai hídfő stop
from Árpád híd national bus terminal take tram line 1 to Szentlélek tér
from the regional bus terminal at Kelenföldi pályaudvar train station take tram line 19
from the Népliget national and international bus terminal take metro line M3 to Deák Ferenc tér M, transfer to M2 to Batthyány
from the Stadion regional and national bus terminal take metro line M2 to Batthyány tér
In addition to the above, BKK launches special direct services to Óbuda Island: only the Sziget-Budapest CityPASS entitles festival-goers to use the shuttle bus transfer services to and from the airport as well as the special boat service to the island. The boat service can also be used without the CityPASS by buying tickets on board at the price of HUF 900.

The maps here and here help with orientation on how to access the location of Sziget Festival.

Higher frequency and more capacity on some of our publis transport routes:

Track refurbishment is taking place on the routes of tram lines 4 and 6 between Corvin-negyed metro station and the terminuses in South Buda (tram 4: Újbuda-Központ, tram 6: Móricz Zsigmond körtér) from 27 July and 19 August 2013. Consequently, tram 4-6 will be operating on a shortened route between Széll Kálmán tér metro station in Buda and Corvin-negyed metro station in Pest during the Sziget Festival. Furthermore, during the Sziget Festival tram 4-6 will also run every 10-15 minutes throughout the night, thus the line will be in service around the clock.

Tram 4 is replaced by bus 4V between Corvin-negyed M and the Újbuda-Központ terminus.

Between Monday, 5 August and Sunday, 11 August dedicated boat services connect Petőfi tér (Erzsébet híd) and Óbuda Island (boat service D21) as well as Jászai Mari tér and Óbuda Island. CityPASS holders can use the boat service without extra charge; all others must buy a ticket on board for 900 HUF.

From Saturday 3 August to Wednesday 7 August – during the days of “moving in” – and the first days free direct transfer service is providedfrom Terminal 2 of Liszt Ferenc International Airport to the car park of the Óbuda- Auchan store only in the direction from the airport to town every 30 minutes between 8:45 and 00:30 at night exclusively for Budapest CityPASS holders. To pick up your CityPASS please stop by at BKK’ Customer Service Centre at the arrivals level of Terminal 2B.

On Monday 12 August – the day of “moving out” – free direct transfer service is provided from Óbuda- Auchan store car park to Terminal 2 of Liszt Ferenc International Airport only in the direction to the airport every 10 minutes in the early hours, every 15 minutes in the morning and every 20 minutes later on between 3:00 in the morning and 14:00 exclusively for Budapest CityPASS holders.

BKK Centre for Budapest Transport provides unlimited travel for Sziget CityPASS holders on scheduled public transport services: on the full tram-, trolleybus- and metro network and on the cogwheel-railway; on buses up to the first stop following the Budapest city boundary, on the suburban railway within the Budapest city area as well as on public transport boat lines D11 and D12 on weekdays only and also all dedicated boat services to the Sziget. Only Sziget CityPASS holders can take advantage of the airport transfers.

Sziget CityPASS also ensures one-time free entry to any of Budapest’s many spas or swimming pools and 20% discount for all later visits. Further discounts are given as follows:

35% for some Budapest events
50% off the price of some of the major museums
20% discount for the Budapest Zoo and
30% for the Amusement Park
as well as Tariff Group 5 discount on the services of City Taxi
CityPasses are valid from midnight on Thursday, 1 August to midnight on Tuesday 13 August at the price of HUF 8,700 (29 €).

The 48-hour CityPass is valid from the day of purchase to midnight of the following day at the price of 2,700 HUF (9 €).

Our ticket offices below are CityPASS sales points.

Wristband passes are on sale at BKK’s Customer Service points at the airport and at Sziget sales points as well.

Road traffic restrictions in the area of Óbuda Island:

No stopping and parking restriction will be in place at the following locations during the same time period:

At the request of the Budapest Police, car access will be prohibited to the section of the lower Buda embankment between the southern access point near Margit híd and the Mozaik utca junction – with the help of police cordons – every day from 18:00 to 22:00 between 4 and 11 August. Car access to the closed section of the embankment is possible for direct traffic only based on the evaluation of the police.

Have a good time at the festival!