Getaway From Budapest To Baku With Wizz Air 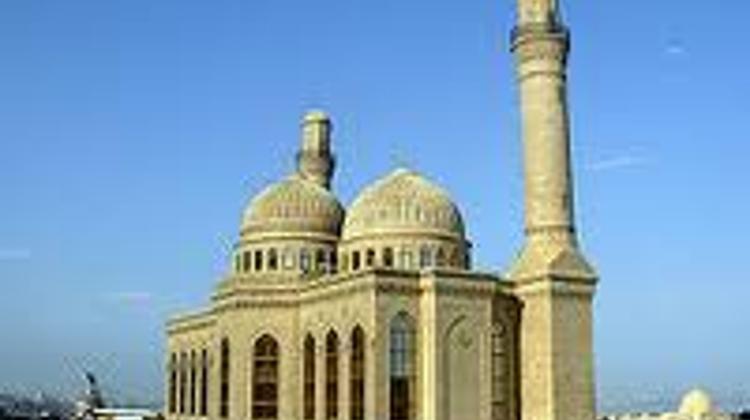 Set between Europe and Asia, Baku, the capital of energy-rich Azerbaijan, is enjoying an economic and architectural boom not unlike that of the oil rush a century ago. Three vast towers fashioned in tapering flames, a handful of new five-star hotels, a carpet museum designed to resemble a rolled-up rug, these are only some of the flagship projects currently being unfurled beside the Caspian Sea.

“At the moment, Baku is like a blank canvas for architects, designers and restaurateurs given carte blanche to work with,” says Henry Chebaane, creative director of the Londonbased Blue Sky Hospitality group, responsible for 200 major new restaurants, clubs and lounge bars across Europe and Asia. “It’s the perfect mix of a dynamic, buoyant economy, discerning and demanding international clientele, and simply amazing spaces that can be converted into contemporary venues.”

Right now, having had huge success with popular restaurants such as Chinar, Zakura and Sahil, Chebaane and his team are working on the voguish ENERJI, a fire-inspired nightclub located inside an old power station in the Baku shipyards. In the pipeline is Atelier 61, a dining and leisure complex in which each floor represents a different decade.

When the Swede Robert Nobel turned up in this backwater of the Caucasus in 1875, in search of walnut trees to make rifle butts, he found Baku in the grip of oil fever, a boom that would create untold wealth for the Nobels, the Rothschilds and visionary local philanthropists who built sumptuous mansions along grand boulevards. Baku expanded beyond the walled citadel created by the Shirvanshah dynasty in the 1400s. Their palace and the Old City around it, still Baku’s key tourist sights, have also seen significant renovation. But it’s the adventurous new projects – the Flame Towers, the Heydar Aliyev Center, the Port Baku Towers – that immediately catch the eye and earn Baku the epithet of a post-Soviet Dubai.

“I find the city charming, luminous, strange, very contemporary and sometimes unexpectedly old fashioned – and very welcoming,” says Elizabeth White, who recently arrived in Baku as director of the British Council’s operations in Azerbaijan. Formerly based in Kazakhstan, St Petersburg and the Middle East, and now overseeing a number of creative partnerships, particularly in theatre, White is no stranger to the post-Soviet way of life.

“My first impressions of Baku are very positive,” she explains. “I like the mixture of the splendid and daring brand- new city landmark buildings, together with the remnants of the Soviet style, mixed in with a kind of relaxed, seaside turn-ofthe-century parks-and-fountains Sunday-evening-stroll air about the place. I really like the streets of old two-storey houses with wide balconies shaded with trees – though these might not all survive the building boom.”

Defining this boom – and now dominating the Baku skyline – are the Flame Towers, that provide the city with an iconic landmark 1,000 years after the last one, the Maiden’s Tower in the Old City, was rebuilt. Comprising a trio of skyscrapers designed to represent ‘Azerbaijan – Land of Fire’, the Flame Towers will be occupied by luxury flats, offices, a sky garden and the newly opened five-star Flame Towers Fairmont Baku hotel, spa, fitness centre, serviced suites and all.

One of five five-star hotels to have opened in two years, the Fairmont complements the nearby Four Seasons Hotel Baku that currently stands opposite the ornate, Tsarist-era headquarters of SOCAR, the state oil company. But not for much longer. Due for completion before the end of 2013 is the SOCAR Tower, two earthquake-proof interweaving towers of 42 floors each, the tallest construction in the Caucasus. But even this will be topped by the $3bn Azerbaijan Tower, which will be the world’s tallest building when completed in 2017.

Perhaps even more remarkable is its location, the artificially created Khazar Islands, 25km south-west of Baku, a city within (or rather, without) a city. This floating, high-rise metropolis is being developed at $100bn will be home to 50 hospitals, 150 schools and a potential one million residents. Oh, and a Formula One racetrack. For the time being, most praise for the city’s contemporary architecture is being heaped upon Baku’s latest cultural hub.

“I am simply in awe of [Iraqi-British] Zaha Hadid’s work, the wondrous Heydar Aliyev Center,” says Elizabeth White. “When you drive in from the airport, it’s the first great building you see, with its improbable waves and curves arising from among the buildings around. Breathtaking!” Soon to stage a summer-long exhibition of Andy Warhol, Life, Death and Beauty, the venue appears like layers of skin, pristine white set against a backdrop of the Caspian Sea.

Nearby, still under construction, is the Carpet Museum, a new building in the shape of a rolled-up rug, where prime examples of Azerbaijan’s heritage will be moved from their current, Soviet-era premises further east along the waterfront. The eastern seaboard was once Black City, the centre of the local oil industry where the Nobels made their fortune and established the Villa Petrolea.

Neglected for decades, this mansion now houses a museum that traces the history of the Nobel dynasty. The world’s first oil tanker, round-the-clock drilling and distilling – all were inventions of the first great boom.

This is now Port Baku, new home of BP and another of the city’s gleaming commercial complexes. But just around the corner you’ll find the Museum of Contemporary Art, partly designed by Baku-based artist Altay Sadigzadeh, whose art at the Azeri Pavilion was a big hit during the 2011 Venice Biennale.

Fronted by thought-provoking installations by Sadigzadeh, the museum covers 1943 to 2009, from line drawings of Stalin-era oil workers to Sadigzadeh’s own ironic 21st Century, depicting cocktail-clinking city slickers. It is the perfect summing up of Baku: a city that has changed so much in the last few years, and doesn’t seem like slowing down any time soon.

1. Scale the Flame Towers Head to the Fairmont Hotel to access this skyscraper of tapering flames.
2. Sail the Caspian Sea Hop on a Soviet-era ferry from beside the harbour terminal.
3. Climb a medieval legend Scale the 12th-century Maiden’s Tower via a precarious spiral staircase.
4. Get a rug for a bargain Take tea with the trader while haggling for a carpet in the Old Town.
5. Dine in a caravanserai Enjoy Azeri cuisine and music in the Mugham Club ( 9 Rzayeva Street ).