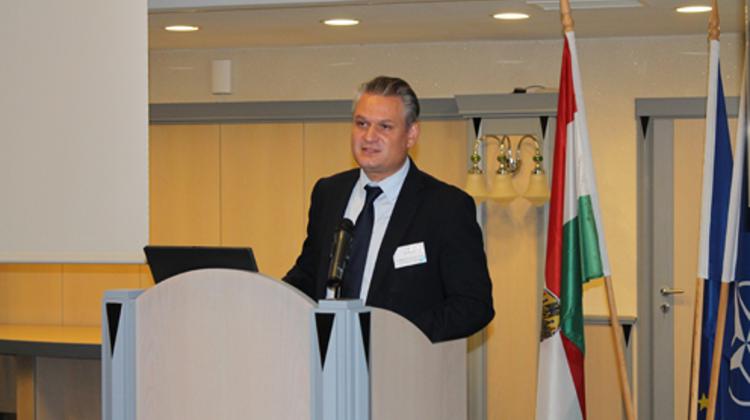 The Deputy State Secretary declared in his speech that one of the most important security policy challenges of our age was to tackle the threats from cyber space.

The increasing number of cyber attacks indicates just how serious a challenge this is. Mr. Takács asserted that ensuring the security of cyber space was a common global interest, and therefore the solution could only be reached through international cooperation. Hungary has made its contribution to fostering international dialogue on regulating cyber space. Among others, Hungary hosted the international cyber space conference in 2012, which was a major step in the „London process” that began a year before.

The next international cyber space conference will be held in Seoul in October, and Hungary will be represented by Foreign Minister János Martonyi. The goal of the Hungarian Government is to promote the achievement of a global consensus on the regulation of cyber space. This is why the Ministry of Foreign Affairs of Hungary hosted a cyber space workshop within the framework of the Budapest Africa Forum in June.