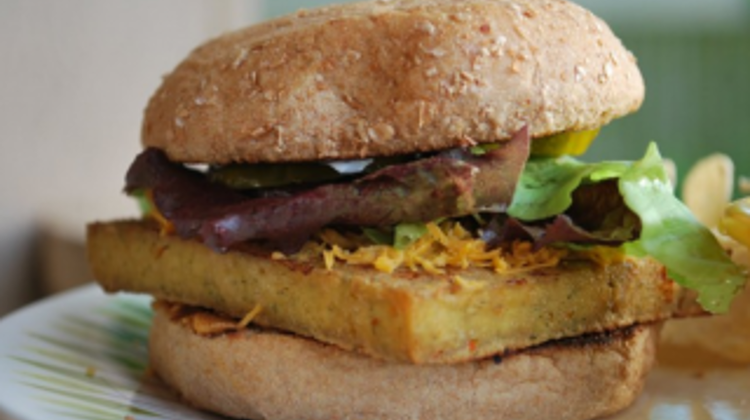 By: <a href=" http://welovebudapest.com/en " target="blank"> We Love Budapest </a>: People tend to turn into nutrition experts and doctors when it comes to the issue of vegan lifestyle, and getting into a fight is not just possible, but probable. Every day more and more people decide to banish animal products from their plates, therefore more and more vegan restaurants are opening to satisfy the needs of this trend. In order to make life easier for those who eat cruelty-free foods only, we have collected our favorite vegan places in Budapest.

“So, what do you eat when you’re hungry? Grass?”
Is this question familiar? Most people have no idea what vegan people eat, but fortunately, Budapest provides options for those who think animal products are evil.

One of the most famous vegan options in town is Hummus Bar where, as the name indicates, everything is based on the Middle-Eastern gastro-adventure: chickpea cream.

There are several Hummus Bars scattered around the city, however ,our big favorite is the one in Alkotmány street, right next to the famous Irish pub, Becketts. On the menu, there are only vegetarian foods, and most of them are also vegan-friendly. We definitely suggest you to try Phool, which is basically lots of hummus with beans on top, sprinkled with some spicy garlic sauce and a spoonful of olive oil. One of the best things about this place is that everything can comes with laffa - the famous soft, yet slightly gummy Israeli bread - on the side.

How do you know that someone is vegan? Well, first of all, they just can’t wait to tell you, and vegans are those weird people who spend most of their shopping time going carefully through the “Ingredients” section.

Napfényes (sunny in Hungarian) Restaurant is a completely vegan place where the menu doesn’t even know about the existence of eggs and dairy, and most of the dishes are, above all these good news, perfecly bio.

Another positive thing is that you can reminisce your pre-vegan life, thanks to the vegan versions of classic meals such as lecho, fried (vegetable) cheese with vegan mayo, and even pizza - the selection is constantly changing.

Be careful with the portions though, because a wide selection of desserts are also available and they are all worth a try.

Yes, the name is the same, but this place is for vegans with a sweet tooth. Vegans can suffer a lot from not getting their regular dose of treats, since most of the confectioneries sell products that are made with eggs and milk. Napfényes (sunny) confectionery decided to be the solution for this problem, offering almost everything that vegans can wish for. All the ischlers, cakes, ice creams are totally vegetable-based, so they can also be gobbled up by the lactose-intolerant.

The problem with eggs and dairy is not about whether they are healthy or not, but rather about the fact that their consumption goes agains nature’s laws. According to vegans, it’s not normal to drink another animal's milk and eat something that can later become a chicken.

Ganga Café is located right across the street from Arany János utca metro station. The small place is all about quality and freshness. They don’t have too many foods (8-10), but at least half of them are totally vegan, and the selection changes almost every day.

Also, Ganga is probably one of the cheapest places in town, one can get completely full from merely 800-1000 HUF, proving that a vegan diet is not nearly as expensive as most people think.

LéBár (Juice Bar) is not really a restaurant, rather a healthy food store’s (Bio ABC) kitchen where you can eat cheap and healthy.

Instead of sugar, the chefs prefer honey in some foods - however, most vegans consider it non-vegan -, so if you don’t mind it, you'll love the treats they offer. If you'd skip this option, you can also ask for birch sugar that is one of the healthiest things in the world: it helps calcium incorporate into the bones, and its also good for your metabolism. Problem solved.

In LéBár, you can also get tofu burgers, different sauces made of soya yoghurt, and of course everything is bio, which means that nothing was genetically modified. That’s already good news, and, to top it all off, the selection changes every week.

Just 2 minutes away from Batthyany tér, there’s a beautiful old building equipped with a really good vegan restaurant. Here the hungry ones can eat the best Hungarian and international foods in totally animal product-free versions.

The restaurant works in a semi-self service way, so you can take a look at your food before making the most crucial of all decisions.

It’s worth coming here even if you'd only like to sip a coffee latte, because they serve fine quality caffeine bombs with rice milk and soya milk, so even these can be consumed without a hint of remorse, for a price significantly lower than what we got used to in trendy coffee chains.

Fortunately, the staff of Eden Vegan has heaps of good advice regarding nutrition, they just seem to know everything about the essential factors like B-12 and Omega3, so you can ask them before trying to cook their delicacies at home.

This one is a real outsider in Budapest’s vegan scene. Why? Because it's raw. The least bit surprisingly, that means much more than sliced apples, and an amazing selection of vegan yummies are available. Why is it good for you? We are far from being either experts or doctors, but eating bio vegetables and fruits surely cannot be so bad, especially if they all come in the shape of pancakes, spagghettis and cakes. Amazingly it's really easy to eat your fill here, the only difference is that for some unknown reason, the usual food-coma feeling stays away ,leaving us with satisfaction and a feeling of making a wise decision.

Published on XpatLoop.com with the permission of  We Love Budapest