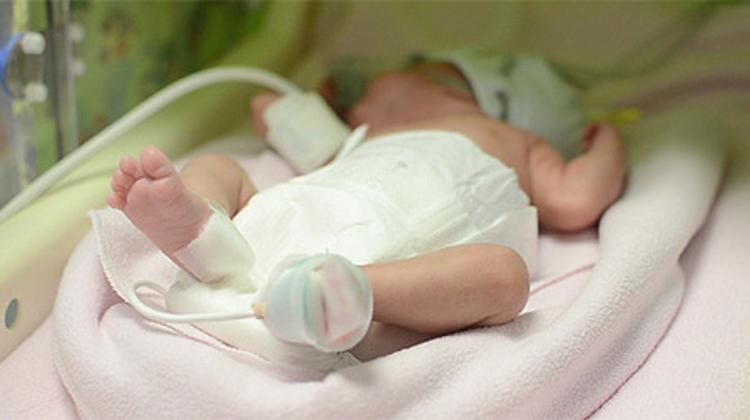 Last week’s news about Hungary was defined by a great celebration of life: a baby was born to a 31-year-old mother who had suffered a stroke 15 weeks into her pregnancy and had been kept alive for three months on life-support. The baby was delivered in July by emergency caesarian section, in the 27th week, as the stability of the mother’s condition took a turn for the worse. The baby weighed only three pounds at birth this summer, but doctors say it is now healthy and developing normally.

"When the baby was born it was a fantastic moment, it immediately cried out, it was kicking,” said Dr. Csilla Molnar, who assisted with the pregnancy. “It was an unforgettable moment for all of us who took part in the treatment.”

The announcement revealed to the public a triumph for Hungarian doctors as well as the medical community worldwide. It is believed to be one of only three such cases. Many outlets have covered the story (here is one from the Daily Mail), praising the dedicated, heroic work of the Hungarian team of doctors.

Many of the reports overlooked, however, another poignant detail in the story: This young woman gave birth to a baby, a new life, and also gave new hope for life to four other people, the recipients of five organs she donated.

According to Dr. János Gál, the baby has every chance to live a normal life, having received the necessary vitamins and nutrition for development. The crew of the Debrecen hospital even attended to the emotional needs of the child. In another poignant detail, they revealed that the nurses and doctors rubbed the mother’s belly and talked to the baby during those 12 difficult weeks. The child’s name and gender have not been made public as a courtesy to the family

Though marred by the sadness of one death, this story is also filled with the hope of life, and it shows just how far the world of medicine has come. Congratulations to the Hungarian doctors and our thoughts and prayers go out to the family. Here’s to a long and healthy life for the child!