Full Access To Broadband Internet Probably Before Deadline In Hungary 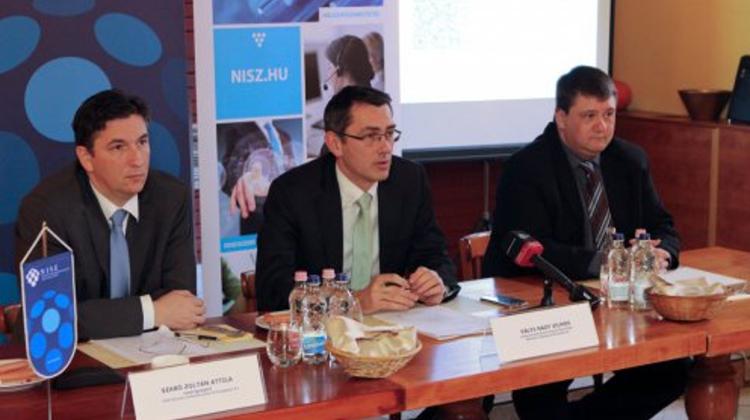 Thanks to modernisation and reorganisations, the annual costs of government IT services have been reduced by over HUF 20 billion, Minister of State for Infocommunication Vilmos Vályi-Nagy revealed at a press conference presenting the free mobile application EFO 2014 – Simplified Employment Registration, held in Budapest on 16 January, 2014.

The government launched IT reorganisations in 2010 with the aim to make the operation of the state cheaper and more efficient, Vilmos Vályi-Nagy said. The first step in the process was IT consolidation. The government set up a new tendering scheme for the developments, whereby the preparation and implementation of investments were considerably shortened, in certain cases by up to 1-2 years, the Minister of State underlined.

Thanks to the accelerated procedures, IT investments in 2013 were implemented in a value of HUF42bn, which was a huge improvement compared to previous years. It was primarily government offices and document offices that experienced the large-scale cost reduction achieved through the modernisation and reorganisations.

The government is strongly committed to providing the population of the country with full access to broadband internet. In this, Hungary is in a pioneering position since, based on the developments made so far, this goal is expected to be achieved by 2018, two years before the EU deadline already, Vilmos Vályi-Nagy said. In order to enhance the competitiveness of the population and the country, the government assigns special priority to R&D projects with an IT focus and the development of digital knowledge in disadvantaged regions.

Through the implementation of the CERN-Wigner Cooperation and the launching of the Digital Community Programme of Miskolc, significant advance was achieved in both fields last year.

The Minister of State mentioned strengthening household IT consumption as an important governmental goal. In view of this goal, opportunities involved in various mobile applications, whereby administration can be further accelerated and simplified, are assigned growing attention. The ministry supports efforts that the newly presented application should be followed by further ones as soon as possible.

The free mobile application named EFO 2014 – Simplified Employment Registration has been developed by the National Infocommunication Services Ltd. (NISZ Ltd.), in cooperation with the experts of the Department of Network Systems and Services of Budapest University of Technology and Economics (BME).

The application accessible through Android and iOS platforms aims to simplify one of the most frequent transactions related to seasonal or temporary employment. With the help of the EFO 2014 mobile application, administrative load on enterprises is to be considerably reduced; if the relevant regulations are fully complied with, employment can be registered practically without any waiting time.

The new mobile application relieves the Government’s Customer Service Line, which receives some 300 thousand calls related to employment registration per year. The fall in the number of calls will, in the longer run, enable a reorganisation of resources at the government’s call centre and a higher-standard and more efficient performance of other customer service tasks.