Xpat Opinion: Repercussions Of The Simon Scandal In Hungary 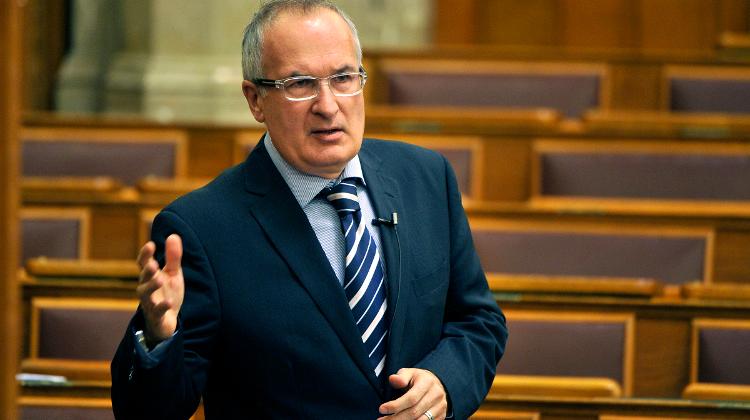 Commentators are less than convinced about the explanations offered by the MSZP about the undeclared assets of a leading Socialist. Left-wing pundits, however, are calling for similar investigations of right-wing politicians’ wealth as well as more transparent campaign regulations.

On Thursday, MSZP Vice-Chairman Gábor Simon resigned from all his party positions and quit the MSZP after Magyar Nemzet revealed that he had 770,000 Euros in a secret Austrian bank account (see BudaPost February 6). Mr. Simon and MSZP Chairman Attila Mesterházy, however, denied the accusations that the undeclared funds were related to political corruption. Mr. Simon said that he earned the money, but declined to explain where exactly it came from.

In Népszava, Zoltán Simon contends that unless Gábor Simon discloses the source of the undeclared assets, one may fairly suspect that the money is part of a secret Socialist fund. The left-wing columnist finds it weird that Mr. Simon and the Socialist leadership have not publicly clarified this issue. Without a credible rebuttal of corruption allegations, the scandal hurts the credibility of the Socialists and provides fodder for government efforts to divert public attention from controversial issues, including the Holocaust remembrance year and the Paks nuclear station agreement, Simon remarks.

Writing in Népszabadság, Attila Kapitány Szabó finds it peculiar that the Hungarian authorities have for years not become suspicious of Gábor Simon. Kapitány Szabó suggests that the authorities should apply more scrutiny in investigating the incomes of politicians, since their lifestyle often seems to contradict their income as laid out in their annual asset statements.

Népszabadság in a front page editorial notes that transparency would require a better law on campaign financing. Unless parties are required to account for every penny they spend, corruption cannot be rolled back, the leading left-wing daily asserts. In an aside, Népszabadság calls for the investigation of the finances of publicly financed NGOs which use their funds to organize pro-government demonstrations and advertisement campaigns (see BudaPost January 30).

Mr. Simon could have won the undeclared money through gambling after all, or may have found treasures in his garden, Magyar Hírlap‘s Gyula Máté comments sarcastically. The pro-government columnist accuses the left of trying to frame the case as if it involved only a minor administrative error of declaring assets rather than massive fraud. On the other hand, he continues, left-wing pundits are desperately trying to remind their supporters of what they consider to be large-scale corruption on the right. Simon’s decision to quit the MSZP suggests to Máté that a secret deal was brokered between Mr. Simon and his party.

The Socialists keep stonewalling by not disclosing the source of the undeclared assets on Mr. Simon’s secret bank account, Magyar Nemzet writes in an unsigned report. The leading pro-government daily suspects that the MSZP agreed with Mr. Simon that the Socialists will not ask inconvenient questions about the source of the money, and Mr. Simon in return will reassure the public that the funds have nothing to do with the MSZP.