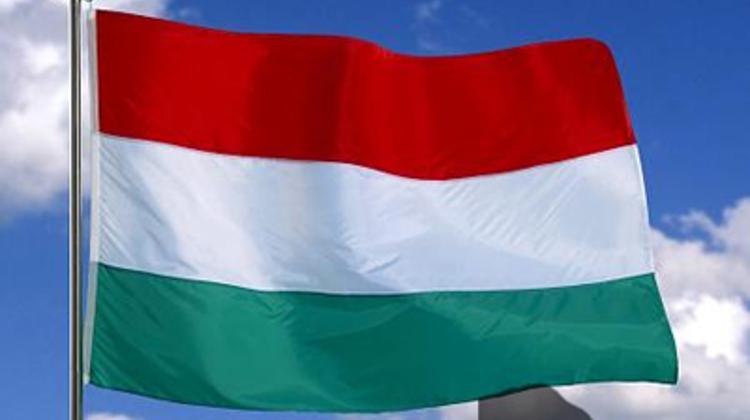 A respected Hungarian economist, Tamás Mellár considers the potential consequences of parliamentary elections for Hungary's economic policy and the options the new government will have to choose from.

It’s not difficult to collect reassuring macroeconomic data about the Hungarian economy and then look to the future with optimism. In 2013 the Hungarian GDP expanded by more than 1 percent and in 2014 the figure might even be higher than 2 percent. Inflation has all but disappeared and unemployment has come down from 11 to 8-9 percent. The number of those in employment has surpassed the magic 4 million level.

The deficit/GDP ratio has been below 3 percent for quite some time so, after eight years, the excessive deficit procedure has been terminated against Hungary. Fixed investments have at long last also started climbing, and the confidence index of the population and businesses have considerably improved. Nowadays foreign analysts are expressing optimism about the present state and prospects of Hungarian economy.

Is it justified to project this favorable snapshot of the present situation onto the future? Has the Hungarian economy really been transformed and launched along a growth path? To answer those questions, it’s not enough to check out the present value of certain parameters. We also have to examine their changes over time.

Unfortunately, if we expand the horizon of examination, the future doesn’t seem to be so rose-tinted. The decisive factors will be (a) the new government’s economic policy, (b) the international economic situation and (c) the economic policy of the European Union. But whatever economic policy the new government pursues and whatever shape the external circumstances take, the most decisive factor is the Hungarian institutional pattern itself. It doesn’t justify optimism: the Hungarian economy continues to be highly vulnerable and can even be hit by another crisis.

There weren’t any major structural changes in the last four years. The dichotomy continues: foreign-owned companies operating in Hungary are advanced and competitive, while the Hungarian-owned companies are weak in competitiveness – and there is no real cooperation between the two sectors.

At first sight the macrostructure of Hungarian economy may seem to be modern as the driving force is machine industry and machine exports. However, the Hungarian-owned companies are not boosted by that. The sectors that account for the major part of the Hungarian economy generate a low level of added value; have more or less import-reliance and generate negligible exports. Small wonder, the Hungarian-owned companies have fared poorer than before in the most recent international corporate competitiveness rankings.

There hasn’t been structural transformation in the fiscal sector either. Instead of launching certain sectors of the economy along a sustainable course, administrative measures, that is, across-the-board spending cuts have been made to reduce the public finance deficit. The private pension funds were brought to a stop but that measure was not followed by a reform of the pension system. As Hungarian society is aging, it is impossible to foretell how will be the pension system financed in the long term.

The situation is even graver in healthcare. So many resources have been siphoned off that the waiting lists keep growing and even the essential health service is jeopardized.

The government’s response to those problems: the re-nationalization of companies has not solved the problem of financing. All it has done is elevating the problems to state-level.

For future growth, the size of potential GDP is crucial. Economists of the Orbán-government calculated that potential GDP growth is around 2 percent and in the next 2-3 years expansion of GDP can be between 2 and 3 percent. For subsequent years they predict an even higher rate of growth, reaching 4-5 percent.

Actually that optimistic scenario has several weaknesses. It should be borne in mind that in the past five years in Hungary the investment rate has been very low (16-18 percent) so the expansion of fixed assets has all but halted in the productive sphere.

In the past two years employment has only expanded because the number of people in community service has increased by 250 000. In the private sector the work force hasn’t grown much. The Hungarian labor market has not become flexible despite the amendment of the Labor Code. Both the demand side and the supply side, that is available labor, are rigid.

The third factor to reckon with is the technological level. No breakthrough has taken place there in recent years either. Hungary only spends 0.9-1 percent of its GDP on research and development while the EU average is about 2 percent and the Scandinavian average is around 4 percent.

In 2012 Hungary spent 0.4 percent of its GDP on higher education – neighboring Slovakia, for example, spent 0.9 percent.

Now that all three major parameters have been considered, we can safely declare that in forthcoming years the growth of GDP is to be at 1 percent.

If the new government insists on an ambitious 3 percent GDP growth, that will bring about imbalances soon. Though the National Bank of Hungary has launched a credit program to encourage growth, its results have not been spectacular. Only a fraction of the available credit line has been used. Actually we are pleased at that because, if massive credits were drawn, that would probably create a bubble in the real economy and in Hungary’s finances.

As the central bank’s base rate has been drastically lowered, people are not encouraged to save. The purchase of government bonds is mostly covered from cheap credits from the National Bank of Hungary while the costs of arbitrage are borne by the state treasury.

As the base rate is low, it makes the forint more vulnerable.

The government has been reducing the costs of household utilities and thereby pushing inflation low. But that policy has weakened the exchange rate of the forint. The rationale behind it is that the cheaper the forint is, the more competitive Hungarian products will be. However, that won’t work in a longer run because increase in the prices of imports will kill off that positive effect, and inflation will also start rising.

Let us not forget that core inflation is still at about 3 percent and some deferred price hikes will sooner or later occur. What course the inflation and exchange rate will take will largely depend on the shape of international finances and changes in the investor climate.

A bubble might be generated in real economy if the Hungarian-owned companies drew major credits without being able to increase their competitiveness and/or generate higher demand. In such a scenario the number of bankruptcies will grow and so will imports. The latter would have a detrimental effect on the current account of payments, which in turn would increase the sovereign debt.

Such a scenario would be nothing new. Indeed it would confirm that the Hungarian economy cannot be sped up with an unchanged structure because any efforts at boosting the economy would increase imbalances.

The tasks the new government will face are anything but new. Ever since the 1970s the goal for Hungary is to grow without weakening the balance. In the past 25 years none of the Hungarian governments could solve both tasks simultaneously. Let us hope that the circle of failures will be broken and the new government will embark on a genuine reform of the structure of the economy.