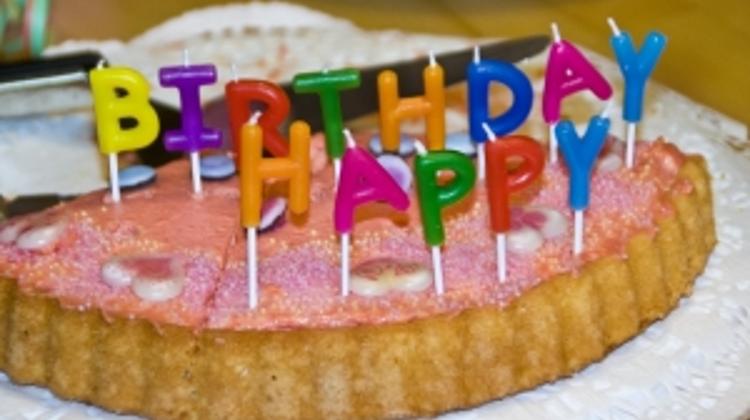 The baby who was delivered by Cesarean section by a medical team of the University of Debrecen three months after the mother became brain-dead following a brain hemorrhage, and weighed only 1420 grams (somewhat over three pounds) will soon celebrate its first birthday. Doctors maintained the woman's bodily functions for 92 days, which saved not only the baby's life, but also kept some of the woman's organs fit for transplantation.

The 31 year-old woman suffered a brain hemorrhage and lost consciousness in her home in the 15th week of her pregnancy, in April 2013. She was air-lifted to the Neurosurgical Hospital of the Medical and Health Science Center of the University of Debrecen, east Hungary, but was declared brain dead soon after. The unborn baby’s father, the mother’s parents and the doctors had to choose between letting the fetus die inside the womb or trying the almost impossible.

MN: The case raised an ethical dilemma. For a long time ob-gyn Dr. Tamás Szilveszter Kovács, the woman’s original prenatal care provider was not sure whether you had the right to act against nature, and doom a human being to come to this world and grow up without a mother. Finally meetings with the family convinced him that the child could mean the continuation of the mother’s life for the mourning father and grandparents. Were there any disagreements and doubts within the medical team?

Prof. Fülesdi: It is possible that Dr. Kovács fought his inner conscience, but this manifested neither in his work nor in our communication.

Dr. Török: A doctor shall never transfer his own personal convictions to situations in which he or she is supposed to decide as a medical professional. It is not my job to consider what the future will hold for this child. This ethical dilemma was decided by the family for us. From that moment on our task was to help the baby to be born alive and healthy. Those who did not want to be involved in this job were not forced to do so.

MN: Did the family have to convince the team to maintain the woman’s bodily functions?

Prof. Fülesdi: We, intensive therapy physicians were the first ones to communicate with the family. Knowing that the patient was in the 15th week of pregnancy, we had two options when brain stem death occurred. We could declare the woman brain dead, turn off the ventilator and let the fetus suffocate in the womb. This option was not considered by the family, not even for a single moment. When the woman arrived in the hospital, she was not brain dead yet. It was her closest family members who warned us about her pregnancy, and asked us to plan her treatment accordingly. All the more so as the woman conceived after a year of trying. Keeping the mother alive was not against the family’s intention – no one talked them into it. We asked ob-gyn Dr. Kovács to join us in the consultation to let him know that this path was full of risks. We had to provide fair information about the inherent dangers both on the obstetrics and the intensive therapy sides. We told the family that we would do everything that can be done medically, but we could not guarantee anything.

MN: Dr. Csilla Molnár, head of the Department of Anesthesiology and Intensive Therapy had said that the chance was one to a thousand. Does it mean that the child could have been born with severe disabilities? Did you count with that risk?

Dr. Török: Of course. The baby could have been delivered on the 24th week, when the chances of survival are much slimmer, and severe residual symptoms can persist.

Prof. Fülesdi: Or it could have died in the womb during the 20th week when we diagnosed sepsis. But this was not our first serious case.

Prof. Balla: Earlier we saved the life of the smallest premature baby.

MN: You must have felt great relief when this baby cried out. Did you really shed tears and hug one another?

Dr. Török: We were working at the time, but those who had nothing to do, were watching the surgery through the glass wall, and they asked me to show them the newborn. We locked eyes only for a moment, but I will never forget the expression that radiated from their faces. They had fought for three months, and the story could have had a sad ending – everybody knew that. It was like seeing the emotions of athletes when they step onto the top of the Olympic podium. This was our fight.

MN: Why did you share this story with the press?

Prof. Fülesdi: We had three reasons to do that. It was an unprecedented professional feat in the world. The achievement was not that a healthy baby was delivered after the mother became brain dead at 15 weeks of gestation, since two such cases had already been reported. The feat was that the organs remained fit for transplantation even after 92 days on life support. The second reason was that we wanted to show the human and spiritual side: the spiritual approach of the team of physicians and other medical staff. We also wanted to set this fantastic family as an example. The third reason was that the university has a medical faculty, and we also wanted to show what attitude physicians should demonstrate.

MN: Did you achieve your goals in all three aspects?

Prof. Fülesdi: Yes. When the news came out in the press, physicians abroad who used to be our students were proud to say that they had graduated from this university. We university teachers must set an example in order to ensure that members of the next generations will also be treated with so much heart. And I had a fourth, private reason, too.

MN: What was that?

MN: What do you mean by that?

Prof. Fülesdi: Each of us had different motivations. The members of the intensive therapy team follow the tenets of atheism, Jehovah’s Witnesses, the Protestant or Greek Catholic Churches, yet all of us stood by in accordance with our own spiritual motivations.

Dr. Török: In the beginning, when the fight for the 15-week-old fetus began, I thought that the chances were small. Yet, the efforts and the substantive professional cooperation gave hope. I took over my duties from Dr. Kovács in the second half of the 23rd week, and from then on all I could see was the job. At that point the fight for life was not a question any more. Spiritually, teamwork gave me the biggest strength. I was touched to see how many people were fighting for that fetus. This case has convinced me that you must keep fighting and must not give up, no matter how slim the chances are.

Prof. Balla: I think that the reason behind this success was our background: we had cured many seriously ill patients and premature babies. We have a history and we are trying to keep on track. Naturally, losses do occur, but we can also see the happiness of the people we cure.

MN: You kept the mother alive for 92 days. What tasks did it mean on a day to day basis?

Dr. Török: For me the most shocking experience was the maintenance of the woman’s endocrinological system, the replenishment of hormones to sustain her bodily functions. It was important for each nurse to scrub in, change gloves and don a mask before entering the patient’s room. In addition, nurses were asked to continuously talk to the fetus while tending the mother. Unconscious patients with serious conditions often develop bedsores that may even lead to death. This woman did not have any bedsores during the 92 days. We can regularly hear about fatigue, depression and burnout among healthcare workers, but none of these applied to the members of this team.

MN: What did you personally get from this case?

Prof. Balla: This is the most precious story of my life. I hope that many Hungarian youngsters will take the same path as those sitting here. It will mean that you and your child will also have a chance.

MN: It triggered heated disputes in the US when a brain dead pregnant woman was kept on life support despite her wish specified in her will. Did the relatives of your patient have to face the same difficulties?

Prof. Fülesdi: This mother was regularly manicured, her nails were varnished. Her hair was maintained. She looked as if she was sleeping.

MN: How can you explain such a big difference between the two cases?

Prof. Fülesdi: The quality of care is indicated by the fact that the woman’s organs could be transplanted even after 92 days.

MN: You did not ask for any financial contribution for the intense work you did for three months. How much did this cost the hospital?

Prof. Fülesdi: We added up the costs, which totaled a reasonable amount, but I would not like to share the exact figure with you. This fight was about five lives: about the life of the child who was helped to be born, and the lives of four other people who had been waiting for a donor heart, a pancreas, kidneys and a liver. This is something you cannot express in money terms.