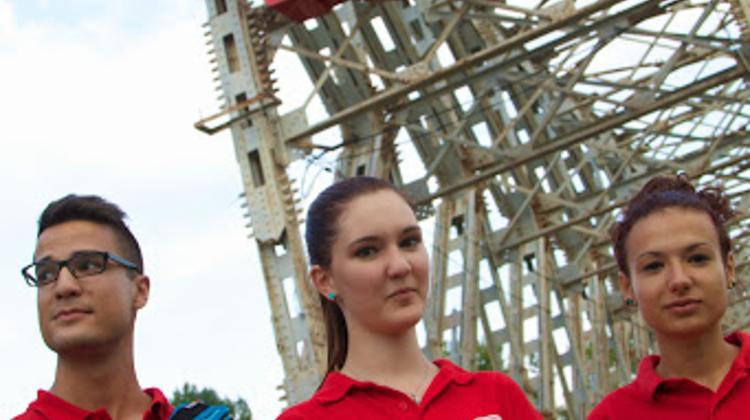 With the cooperation of Vodafone Hungary, Inepex Kft. and Helperek Önkéntes Segítők Közhasznú Egyesülete (Non-Profit Association of Volunteer Helpers), the M2M technology supports safe partying, as well as caring for those in need of care and those injured at the Sziget Festival.

With the help of SIM cards operating on the 3G Vodafone network during the Sziget Festival on the Hajógyári Island, the Helperek Önkéntes Segítők Közhasznú Egyesülete patrol is using IneTrack tracking system developed by Inepex, to provide help as soon as possible to all those eventually in need of help.

Orsolya Nyilas, Vodafone Head of Internal Communications and CR emphasised that the high quality of Vodafone network and the M2M technology have never been better at supporting the work of those involved in rescuing and prevention, and consequently, the comfort and safety of those partying.

The patrol teams consisting of Helperek volunteers are working 24/7 on the territory of the Sziget Festival and are helping those in trouble or are trying to prevent trouble by getting those who fell asleep in the sun inside, distributing water during heat waves, or trying to help in other ways. Modern technologies, such as smartphones and the M2M application make our job faster and more efficient, which in turn is more useful for all visitors at the festival, said Péter Kuszpa, vice president of the Helperek Önkéntes Segítők Közhasznú Egyesülete.

With the help of M2M technology and the IneTrack tracking system, the Helperek operators are able to see the location of the patrol teams and therefore send the closest unit to the scene when there is an emergency call. The technology was tested by Helperek under severe circumstances at the Volt Festival and at the Balaton Sound.

Due to the rapidity of the system, a medical expert staff was able to arrive on time to save the life of the young man critically injured in a train accident on the last night of the Balaton Sound.

The volunteers of the Helperek Association are working at the Sziget Festival from its setting up till dismantling it, and then are relocating to the last two big festivals of the summer, the B.my.Lake and the Strand Festival, to keep up with their useful work.

The Helperek patrol is using the IneTrack tracking system via a smartphone application, but the same technological solution is also backing up Cserhát Rescue Dog Association’s work. In this case Cserhát Rescue Dog Association’s tracking devices use a global positioning system to determine their position and then communicate it with a central computer, with the help of SIM cards provided by Vodafone Hungary, via the operator’s GSM network.

The person in control of a rescue mission can constantly track the rescue teams’ positions with a browser-based tablet- or PC-application, via mobile internet connection to the central computer.

This allows them to monitor the areas already cleared and assess in what direction the search should proceed. The result is quick decisions and response, which may mean the difference between life and death in critical situations. These modern solutions make the Cserhát Rescue Dog Association’s equipment the most state-of-the-art among those of the Hungarian non-governmental rescue organisations.