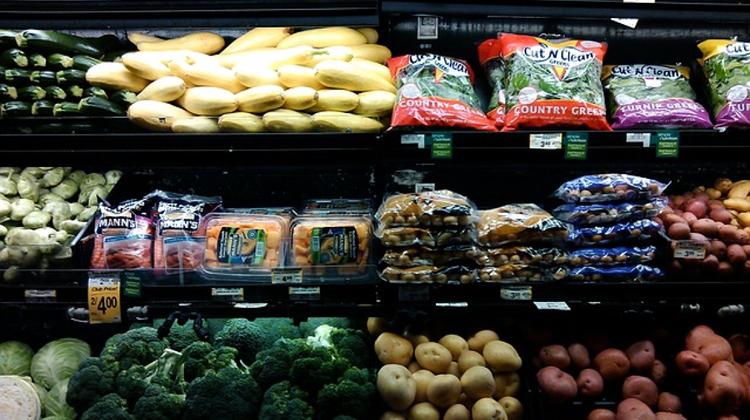 The Hungarian government is about to use legal measures to reduce the market share of foreign-owned retail chain stores in Hungary. The proposed measures - which amalgamate related ideas of the past five years - might even shoo off some foreign retailers from Hungary altogether.

Hungarian Prime Minister Viktor Orbán has often spoken of the need for more “Hungarian hypermarkets” and the ruling Fidesz party’s current proposals might make his dream come true. Some elements of the package have already been introduced to parliament and others have been leaked. If that package of measures is implemented, some foreign-owned retail chains might rethink their Hungarian presence, their operation being loss-making anyway. The planned measures run afoul of European Union law and may precipitate fresh infringement proceedings against Hungary

One of the proposed measures is called “fee of supervising multiple food stores.” The new charge will just lightly affect the Hungarian-owned chain stores: CBA, Coop and Reál but it is understood to fetch over HUF 30 billion from the seven major foreign-owned retail chains that operate in Hungary. The major market players were shocked to learn that the Hungarian government is about to reintroduce what is effectively a special tax on retailers repackaged.

The proposed fee of supervising multiple food stores is higher than the special tax levied in 2010. It is levied on the net sales figure and is likely to push even slightly profitable firms into the red. Mentioning deficit – that’s where the next blow to the retailers comes from. A proposed new regulation provides that retailers that are loss-making in two straight years must be wound up – and without a legal successor at that. The proposed bill would only apply to major companies whose annual turnover is over HUF 50 billion.

There is a third blow in store: Népszabadság has learned from market sources that not only have the major retail chains lost the license to sell tobacco products, in a few months their license to sell alcoholic drinks are to be curtailed.

It is planned to cancel the license of chain stores with a floor space larger than 2500 square meters to sell spirits but they may continue selling wine and beer. If implemented, the measure can cut the sales of the major retail chains by HUF 60 to 70 billion. Even though the figure is but a fraction of earnings from the tobacco products, it can be a painful blow because the profit margin of alcoholic drinks is ten times higher than that of the tobacco products.

Some of the blows are custom-tailored. Under a proposed new statute – nicknamed “lex Tesco” – retail chains that control over ten percent of the market are to be considered as being in a “dominant position.” In Hungary today only said British-owned firm fits the bill.

If that statute is enacted, suppliers of Tesco have a better chance for filing a complaint against that chain at the competition authority if it plays rough.

Tesco and, to a lesser extent, Auchan would siffer if their free bus shuttle service is banned, Another statute, nicknamed “lex Spar,” might force Spar to close down its store in the covered market in Batthyány Square. Minor market players will probably be eager to replace it.

The Christian Democrats – the junior party in the ruling coalition – has removed from the mothballs its proposal to keep major chain stores closed on Sundays. That idea was shot down in 2008 and 2011. Minister of Economy Mihály Varga has recently declared that he is not backing the KDNP party’s proposal. The retailers are divided on the issue: some foreign-owned retailers would gladly keep closed on Sundays even though it would give extra advantage for Hungarian-owned retailers whose stores are small enough to be under the radar.

The proposed changes in rules have not been debated by stakeholders. If adopted, they will come into effect as of January 2015, and they are to increase legal unpredictability.

During the six years of recession that afflicted Hungary’s food retail trade, it was rumored that some major foreign-owned chain stores might withdraw from Hungary. The parent company of multinational Tesco has recently denied media reports that it is considering leaving the entire eastern European region.

Viktor Orbán and company have in recent years shown increased interest in the opportunities offered by the retail trade sector. This daily has learned that some people close to Fidesz have been hovering above certain chain stores with the intention to invest into them. Persons belonging to the circle of Lőrinc Mészáros, mayor of the village of Felcsút [the PM’s pet village], have obtained the license to operate all the tobacco shops on the premises of Auchan. Ironically, those tobacco shops were closed down in May 2014, when relevant regulations got an unexpected twist.