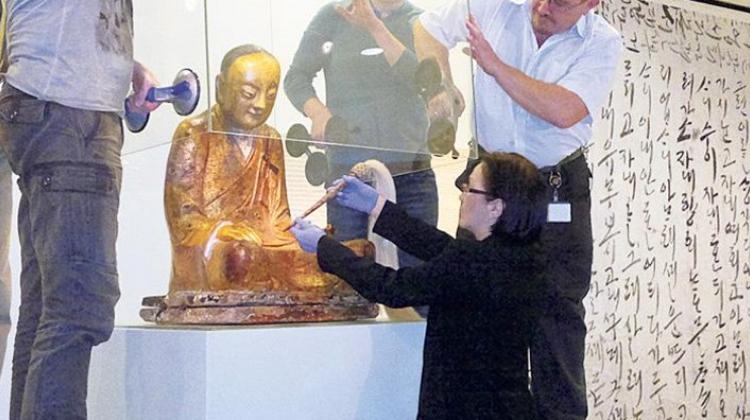 A Buddha statue found to contain the 900-year-old mummified remains of a monk has been withdrawn by its owner from an exhibit in the Hungarian National History Museum, the museum’s spokeswoman said. Mónika Kiss-Stefán confirmed that the owner had the statue removed, without explanation, on Friday.

Under the lending contract, the owner may recall the object at any time, she added. The removal came around the same time reports in the Chinese press suggested the statue may have been stolen from a temple in Fujian province in 1995.

A paper in the province said local officials will seek the statue’s return if the suspicions prove correct. Acquired by a private collector in the Netherlands in 1996, it was to have been on display in the Natural History Museum’s “Mummy World” exhibit until May 17. Chinese news agency Xinhua, citing the local Cultural Relic Bureau, said the statue was stolen from the village of Yangchun in Fujian Province in 1995.

The Natural History Museum borrowed the artefact from the Drents Museum in the town of Assen, The Netherlands.

According to earlier reports, a CT device in the Meander health care centre in Amsterdam had confirmed that the statue contains the body of a 30-40-year-old monk mummified 900 years ago. The body was conserved through self-mummification. According to experts, only 20-25 examples of self-mummified monks have survived around the world.