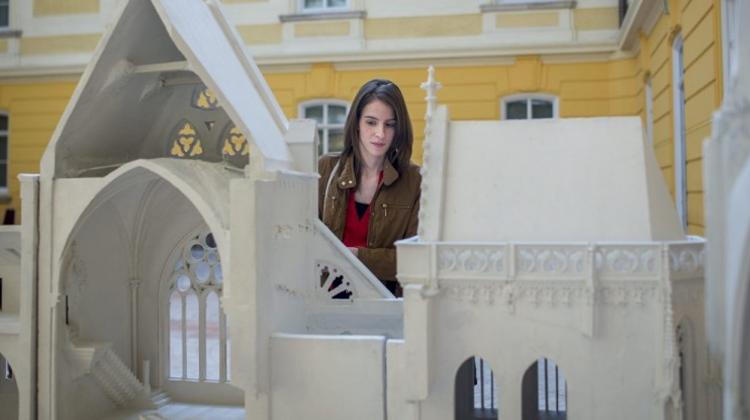 The Budapest History Museum has joined forces recently with the Matthias Church to bring visitors a grandiose dual exhibition about the profound history of the Buda Castle Coronation Church of Our Lady. Among various objects the exhibition contains a generous sampling of the enormous collection of architectural drawings dating back to the time of the great 19th-century reconstruction.

The exhibition, entitled Matthias Church - Centuries in the Church of Our Lady in Buda Castle, is the most monumental historical project in the history of the Budapest History Museum, which is to be held in 3 areas of the Museum and and in the Matthias Church as well.

The exhibition has a separate section dedicated to the 19th century ornamental decoration and wall paintings of the church (look for it in an upstairs gallery). One of the main attractions of the exhibit is probably the vast plaster model that Frigyes Schulek made for the Matthias Church: though it was damaged during the Second World War, it is still a marvellous relic of the history of Hungarian architecture.

The exhibition is accompanied by a very extensive catalogue, which provides a detailed overview about the history and construction of the church. It contains detailed scholarly studies, as well as over 350 catalogue entries on 780 pages.

The Matthias Church is not only a major historic monument of Budapest but also one of the most renowned basilicas of the Catholic Church and part of the World Heritage. Functioned as the coronation church, it was the location for state representation of Hungary and also played a key role in the life of Buda over the course of history.

Established after the Mongol invasion of 1241-42, the church became the most important ecclesiastical institution of Buda, and finally served as a coronation church in 1867 at the coronation of Franz Joseph I. (1848-1916).

Soon after that, it was completely remodeled by Frigyes Schulek (1841-1919) in Neo-Gothic style, with the addition of it landmark spire. The exhibition is open for visitors until 18th of October 2015.