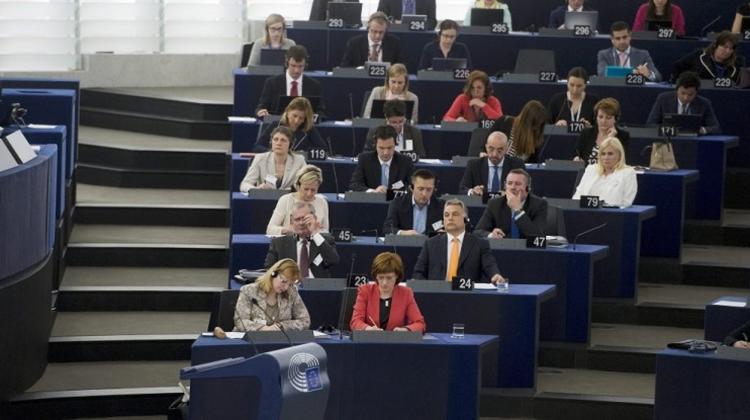 Europe should remain a continent of Europeans and Hungary a country of Hungarians, PM Viktor Orbán said in a European parliamentary debate. Addressing the Tuesday debate in Strasbourg on the situation in Hungary, Orbán insisted that the EU treaties in effect should be revised.

The right of decision-making on immigration should be returned to member states, he said. “We are unable to provide jobs for immigrants,” Viktor Orbán said, proposing European politicians should make a clear distinction between refugees persecuted in their homeland and those arriving in Europe hoping for a higher standard of living.

Concerning the issue of the death penalty, the Prime Minister emphasised that Hungary has not signed any document that would prevent it from bringing up whatever issue it wishes to. The question of whether this is an issue that can be addressed „is not one of penal policy, but of freedom of speech and opinion”.

He went on to say that current international agreements that are binding on Hungary are „not divine revelation, but the creations of human beings”, which can be changed. He added that he would like to see a change in European public law that would return the question of the death penalty to the sphere of national competency.

Responding to the Hungarian Prime Minister’s comment that the treaties are not divine commands but the work of people who can change, Martin Schulz, president of the European Parliament, said whereas it is true that the treaties are not divine revelations, there is a divine imperative not to kill. Guy Verhofstadt, the head of the liberal group in the EP, said Viktor Orbán was continuing to make provocative statements. European People’s Party group leader Manfred Weber both defended and criticised Viktor Orbán’s remarks, insisting the wording of the Hungarian government’s national consultation questionnaire on immigration and immigrants is “unacceptable”.

As for the possible re-introduction of capital punishment, Frans Timmermans, the EC’s vice-president, said any plans to reintroduce death penalty would trigger the EU Treaty’s article seven procedure, which can lead to the suspension of a country’s voting rights in the EU Council.

“If the Hungarian government were to take steps to reintroduce the death penalty, let me underline, that the commission is ready to use, immediately, all the means at its disposal to ensure that Hungary complies with its obligations,” he said. He noted that article two of the Charter of Fundamental Rights prohibits any person from being condemned to death or executed.