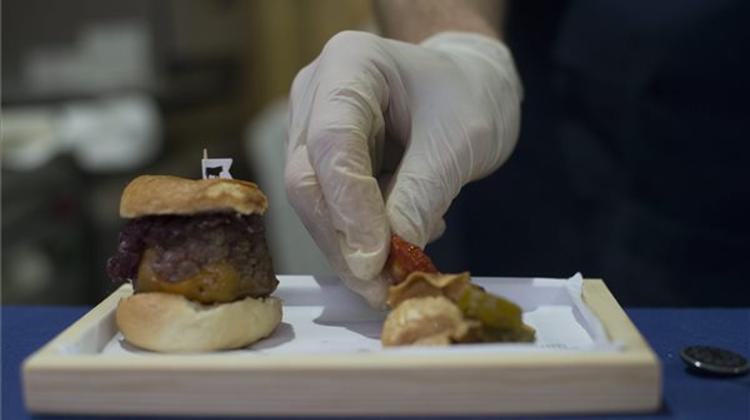 Some hadn’t noticed that this year’s Gourmet Festival’s official food was the chicken paprikash and the ćevap. As always, as soon as the Gourmet Festival had started, it’d started to rain. The opening was difficult with the constant raining but in the second day, the gourmands were more prepared: the Wellington boots had appeared as well as the rain coats and the wine glasses, too.

In the festival, more than 50 restaurants had made their food and sold them in small wood houses. Some had been moved out the Buda Castle for the purpose of the festival and some had made simple but great meals.

This year’s festival theme was the chicken paprikash; and in all of the small wood houses people could find the variation of this national food.

The szeretlekmagyarorszag.hu had mentioned some of the most interesting restaurants, such as the Erhardt restaurant from Sopron who made the new wave chicken paprikash in which there are no chicken only poached egg.

This meal was colored; there were slightly grilled bell pepper, dried tomato and spring onions: but no chicken. For the stronger gastro people, this version will also appeal. The Ikon restaurant from Debrecen had a street food version of the chicken paprikash.

The goose gizzard had been put into a pita with ginger cucumber salad and home made cheese cream. This meal was fantastic because in one bite, you could taste all of them. It is a typically street food.

The group of Zsolt Litauszki and Zsidai had arrived with more than one restaurants. They were the ones who brought the Buda Castle to this Festival as they possess a lot of restaurants in the Palace. As usual, they hadn’t complicated the meal: they had made the perfect chicken paprikash with nokedli. But their duck roll was also worth tasting.

There were other interesting versions, too: the Salon restaurant had made chicken paprikash flavored popcorn in a cinema-like box.

The Nobu group had combined the chicken paprikash and the sushi.

The Zona group didn’t care what the theme of the festival was: they had made ćevap with soskin ice-cream which shocked everyone who had tasted this meal. The combination of soskin, the special honey and the pistachio morsel had been introduced the first time by them.

Next to the small wood house, two Green Eggs had been installed which is the best BBQ fryers: the ćevap had been made in those fryers, which had been made from sheep and lamb meat.

With this meal there is additional home made cream and baked paprika with a sort of traditional pie. In spite of the rain, there were a lot of people in the Millenáris in those two days.

The Gourmet Festival was open until 24th May.