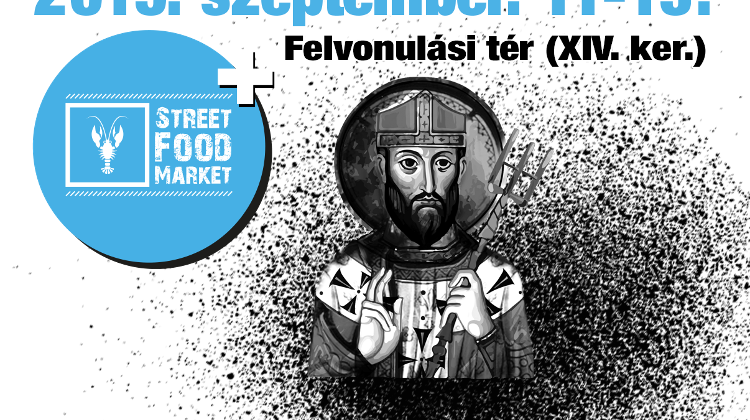 Updated Press Release: Due to the rainy weather, the organizers postponed the 10th Főzdefeszt to the second weekend of September at Felvonulási tér. They said, they would not like to see their favourite audience trying to sample the latest Hungarian craft-beers standing in the rain. The new date for the Főzdefeszt is 11-13 September.

The organizers say they are sorry for the inconveniences, and hope to see you on 11-13 September, at their numeroues beer-stands, and at the 'uncanny performance' of Freak Fusion Cabaret.

The press release continues: We organized the first Főzdefeszt 5 years ago in order to break the hegemony of uniform industrial beer, and we have come a long way by now.This August, The Hungarian Competition Authority named exclusive beer contracts illegal and forced multinational companies to reduce the number of these contracts.

New and innovative breweries are mushrooming out of nowhere all around, and we welcome tens of thousands of visitors at our festivals every year, not to mention the fully packed craft-beer pubs of Budapest, that have set a new trend in hospitality business.

This year, we are to witness a new phenomenon in Hungarian craft-beer culture: clerical beer s on the rise! We have the privilege to present three new Hungarian clerical craft-beer identities. Zirci Monastic Brewery is the first real-life brewery opened in the basement of one of Hungary’s oldest and greatest Cistercian Monastery at Zirc.

St.Mauriciusz Monastery, just a few miles away from Zirc, brings us two original beers brewed at Bors Brewery, and the Bishop of Székesfehérvár decided to recreate a fin-de-siecle porter, Szt. István Porter at Kőbánya, the old home of Hungarian brewing, at one of the youngest breweries: Monyó.

Not only the clergy finds the communicational possibilities in craft-beer fascinating. We will witness the uncanny performance of Freak Fusion Cabaret – a renown new-circus group – who decided to brew a smoky lager on their own, under the name Triple Rittberger.

Next to sampling the classics, we will have a chance to taste a whole lot of new brews. What’s more, for the first time, obeying a great international demand, Főzdefeszt opened its gates for a few independent international breweries for the first time. Kompaan from the Netherlands, BrewAge from Austria and Lucky Bastrad from the Czech Republic will be selling their beers for the beer-aficionados of Budapest.

We have refreshed our food assortment and now we call it Street Food Market and we have made it available for brewers to, to bring their own food-creations, to bring crat-beer and food even closer.

On Sunday, we will hand out our annual prized for the Favourite Beer of the Year 2015, for the Best Brewery of the Year 2015, and a new prize: The Best Beer Design of the Year, 2015 – which from now on, will be accompanied by a nice sum of money. So be sure to give your vote to your favourite beer!

Information:  Főzdefeszt is a place for tasting, talking and responsible drinking.

The use of cash is forbidden.

You can acquire a Metapay card through FestivalCard charge-points „Fesztiválkártya Feltöltőpont” for a deposit of 500 Ft. When leaving, you can give your card back, and get the deosit back at the same points. You also recieve the sum you havent spent from your card.

If your MasterCard or Maestro bankcard has a PayPass function, you don’t need a Metapay FestivalCard! You can simply use your bankcard for paying at our vendors.

Attention! When charging your festival card, you can pay with your bankcard, but in that case, we have to charge a conveniece fee of 200 Ft. The conveniece fee covers the cost of temporary terminals and the bank transaction costs involved.

The system charges the convenience fee automatically at every card-transaction (not the PayPass ones of course). Since you get back your leftover money at the end anyway, we advise you to charge a bigger amount on your card to avoid frequent recharging and multiple convenience fees.

Important: The sum on your Festival-card is repayable to you until midnight, 5 September at the festival, at one of our FestivalCard charge-points. After these points close at midnight, you cannot get your money back. Watch out for this!

Főzdefeszt-glass: Our breweries and pubs will only tap beer into a branded Főzdefeszt-glass! You can buy one of these at any beer-stall and you can replace them with clean glasses at the glass-points, called „Pohárcsere pontok”

Toilets: Having no entrance fee the toilets are brought to you and kept in order by the owner of the toilets, for which you have to pay 100Ft from your Metapay card.

Voting: Please vote for the best beer you tasted! The winner of the voting will be named as The Favourite Beer of the Year 2015 after our autumn festival! If you have a smart-phone, you can vote at the mobile-optimized webpage of Főzdefeszt.

There are QR-codes posted all over the territory that take you to the voting page! Festival map, beer-list and food-menu are aso available on the website: www.fozdefeszt.hu