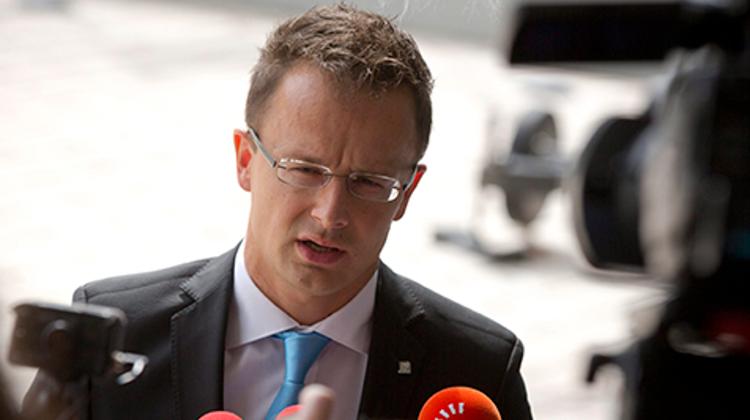 The international media presents a one-sided image of Hungarian events and measures in connection with the migration crisis, Foreign Minister Peter Szijjarto told the BBC in an interview. Szijjarto said in a Hardtalk interview broadcast early on Friday that migrants had been pelting stones and chunks of concrete at Hungarian police for hours, causing injuries, before water cannon and tear gas was used to stop them at the Roszke border crossing between Hungary and Serbia last week.

He said it was wrong that the reports only showed Hungarian police using tear gas without showing the reason why. It can be clearly felt that an international media campaign is under way against Hungary, he added.

Commenting on Austrian Chancellor Werner Faymann’s recent condemnation of Hungary putting refugees on trains and taking them to a different location to what they expect, he said Faymann’s criticism was unjust because these people had occupied Budapest’s busiest train station and public areas instead of going to migrant reception centres where they would have been fed and provided medical services.

In response to criticism about Hungary’s assessment of asylum requests by people arriving from the direction of Serbia, Szijjarto said Serbia is a safe country where nobody’s life is in danger. He rejected the interpretation of the Hungarian government’s policies according to which only Christian refugees are welcome and Muslims are seen as a threat.

“No, it’s not true. It’s simply not true. If someone is a refugee, we give him or her shelter; that’s what we have been doing”, he said, adding that decisions are made on the basis of facts rather based on emotions. Hungary cannot accept economic migrants, Szijjarto said.