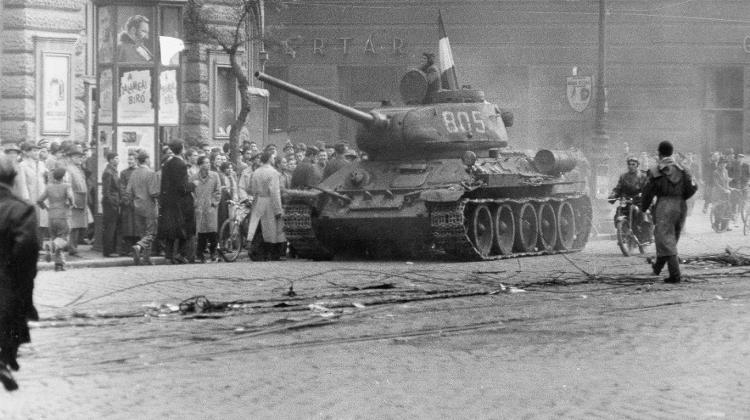 2012 marks the 56th anniversary of the '56 Revolution, a key event in the history of Hungary. On the national holiday this year, PM Orbán will give a speech in front of Parliament, and there will be events throughout the day for those wishing to peacefully commemorate the Revolution. This year the Terror House Museum is joining in the commemorative events and will stage special history presentations. The Budapest Opera House will host family events, and at the Technical University films based on 1956 will be screened. On the evening of 22 October there will also be the traditional torchlight procession from the Technical University to Parliament.

Back in 56, the Revolution broke out in opposition to Soviet communist oppression and occupation; it began with a peaceful demonstration by university students, and ended in bloody street fighting.

For several days it seemed as though the Freedom Fight would be successful, but in the end the Soviets did not withdraw from Hungary, and on 4 November 1956 they launched a counter-attack which effectively created a state of war between the two countries. Thousands of Hungarian citizens were killed, the Freedom Fight was crushed and communist dictatorship and Soviet occupation remained, becoming even more brutal.

Reprisals were launched against anybody who took any part in the Revolution, regardless of sex or age. Hungarian citizens were imprisoned en masse, executed or sent to labour camps. Hundreds of thousands left the country. There were decades of punishment for those who took part in the Revolution and for their families – their children, for example, could not go to university or apply for certain jobs.

Right up until the political transition of 1989 it was forbidden to speak of the Revolution, and the subject was not taught in schools. During the transition, as a mark of respect for 1956, the Third Hungarian Republic was declared on 23 October, 1989.

For those visiting Budapest today, the unique 'Terror House Museum' in the city centre provides information on the oppression of communist dictatorship, the Revolution and its consequences.

Photos of the '56 revolution in Budapest courtesy of Northfoto.com