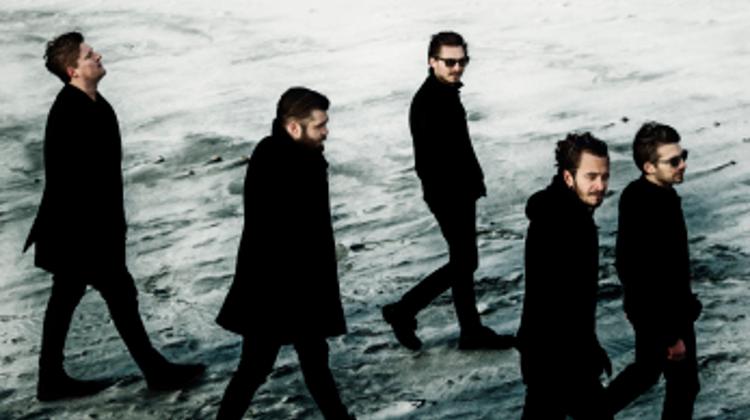 One of the prominent bands of the British indie scene, the Editors are preparing a new album. Their music that loosely melts together guitar sound with electronika will be featured on their upcoming fifth album which they are going to present on their tour in Budapest too at the Barba Negra Music Club.

Formed in 2003, Editors became one of the leading bands in the post-punk revival that swept America and England in the early 21st century. Originally dubbed Snowfield, the group comprised four music technology students from Stafford University -- singer/guitarist Tom Smith, lead guitarist Chris Urbanowicz, bassist Russell Leetch, and drummer Ed Lay -- all of whom had relocated to Birmingham after graduation. A series of a well-received club dates and demo recordings earned Editors some attention from British labels, and the group soon signed with the revitalized Kitchenware, the venerable indie label once home to Prefab Sprout.

Kitchenware issued the band's debut single, "Bullets," in early January 2005. The record reportedly sold out in one day, and its sound earned comparisons to the dark, dramatic atmospherics of contemporary bands like Interpol and Bloc Party (not to mention veteran outfits like Joy Division and Echo & the Bunnymen). Editors' follow-up single, "Munich," made them darlings of the U.K. music press, and just weeks after their standout performance at the annual Glastonbury Music Festival, the band issued a third single, "Blood."

Their much-anticipated debut LP, The Back Room, followed in mid-2005. "Munich" was reissued in January 2006 to ramp up support for the album, which entered the Top Five in the U.K. and eventually earned platinum sales. A U.S. tour with stellastarr* coincided with the American release of The Back Room in March, and a Mercury Music Prize nomination followed in July.

Editors' sophomore effort, An End Has a Start, came out the following summer, preceded by the Top 10 single "Smokers Outside the Hospital Doors." Like its predecessor, the album went platinum in the U.K. and maintained the band's modest audience in America, where they returned in September 2007 to launch another stateside tour. Editors remained on the road through the middle of 2008, playing a slew of festivals in the U.K. and opening a string of European shows for R.E.M. before the year was up.

By this point the band had grown tired of their sound, however, and 2009 found them tinkering with synthesizers and industrial music. After enlisting the help of producer Flood (known for his work with Depeche Mode, U2, and Nine Inch Nails), they decamped to the studio to record In This Light and on This Evening, which unveiled their newfound electronic fixation upon its release in October 2009.

Eager to build on the success of a second U.K. number one album in a row, Smith immediately began to write material for a prospective fourth full-length. By the time the In This Light and on This Evening promotional tour had ended in late 2010, the band had enough new songs to enter a London studio, with Flood once again behind the desk. The majority of the band weren't satisfied with the initial results of these sessions, and by early 2012, Smith, Leetch, and Lay had asked Urbanowicz to leave Editors, when it became clear that the vision they had for the future of the band was not shared by their guitarist and founding member.

Very shortly after Urbanowicz had departed, they were offered a high-profile festival slot in Werchter, Belgium in June 2012. They honoured this commitment, bringing in ex-Yourcodenameis: Milo guitarist Justin Lockey and Airship member Elliott Williams to their lineup, bolstering the band's sound and laying the foundations for the straight-ahead rock approach that their fourth album would ultimately take. Recorded as a five-piece in Nashville with Jacquire King as producer, The Weight of Your Love was issued in June 2013 and nodded to the ambitious, guitar-led, stadium-filling sound of U2 and R.E.M.