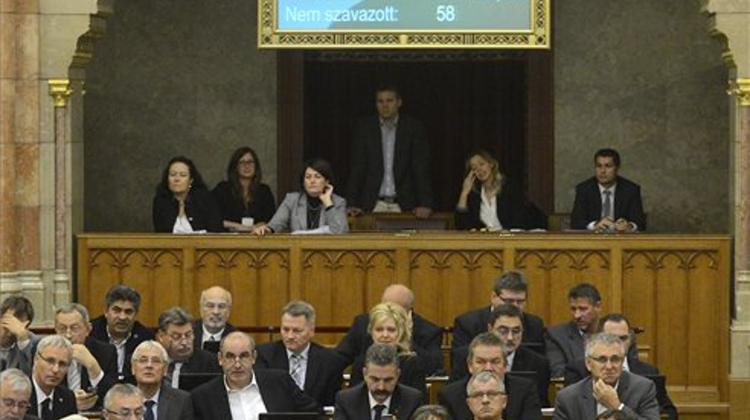 Hungary’s parliament has voted to establish a cabinet office as a separate ministry. The new ministry will be headed by Antal Rogán, former parliamentary group leader of the ruling Fidesz party. Rogán said earlier that the aim of the new ministry is to aid the work of the prime minister. The cabinet office will also manage the government’s communications. Parliament also amended the national budget to allocate resources for the new body.

Bence Tordai, spokesman for the opposition Dialogue for Hungary (PM) party, told a press conference that “Viktor Orbán will now have two ministries of his own”, while no separate ministry will be dedicated to health care or education. The Együtt party said that setting up a “propaganda ministry” was a clear sign the government is “falling apart”.

In a statement, Együtt insisted the prime minister can no longer “rein in” conflicts between stalwarts of his Fidesz party, and had to “pacify” Rogan, who is allegedly at odds with government office chief János Lázár, by giving him a new portfolio. Both in 2010 and before the 2014 elections Fidesz pledged a smaller and cheaper government, Együtt’s statement said.

“This was a lie; what we now have is the most expensive, most wasteful and most corrupt Hungarian government,” the statement said, adding that “we don’t need a separate ministry for propaganda”.

The ruling Fidesz party’s group leader Bence Tuzson said criticism expressed by opposition parties Democratic Coalition (DK) and Együtt was hypocritical because the political apparatus of state administration was much bigger between 2006 and 2010 than it is now.

During the respective governments of Ferenc Gyurcsány and Gordon Bajnai, there were almost twice as many ministries as after 2010 and the number of MPs and local council representatives has also dropped by nearly 50 percent, Tuzson said.