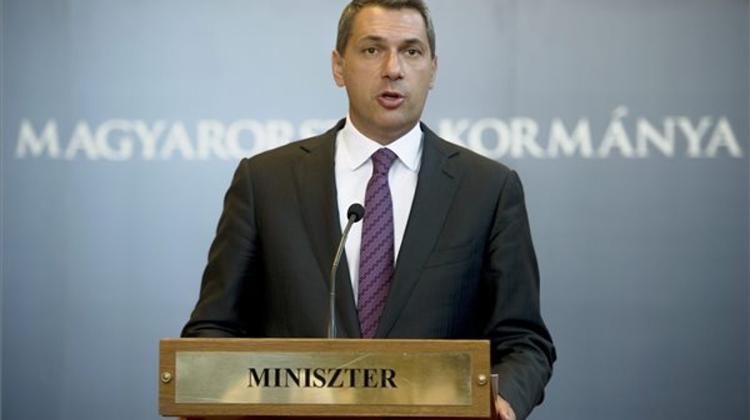 It is incumbent on the government to draw up an action plan to strengthen the economy in the wake of the VW diesel scandal, government office chief János Lázár told a government press briefing. Cooperation is needed with the Audi plant in Győr, in western Hungary, he said, adding that lay-offs were not expected but the company group’s contribution to Hungary’s economic growth could be expected to decline.

In the wake of the VW scandal, it is necessary to assess whether the 2016 budget figures can be fulfilled or not, he added.

He also said he had proposed to lawmakers scrapping a number of fees and stamp duties from January 1, 2016. The bill would scrap stamp duties and fees for the replacement of official documents, vehicle registration, registries, certificates of incorporation, tax certificates, building permits, certificates showing no prior criminal convictions, property deeds and higher education admissions procedures.

Lázár also told the briefing that earlier this week he had held talks on the planned expansion of the Paks nuclear power station in Brussels. He said he met European Commissioner for Competition Margrethe Vestager and asked her to conclude with urgency the review of the Paks project from the point of competition rights.

The commissioner, who has 60 days for the review, presented a constructive approach, Lázár said.

The review will assess whether there is any prohibited state support involved in the Paks construction project, he added. This is the third procedure in Brussels connected to Paks and once concluded, there will be only one review left which will be on public procurement, Lázár said.

In response to a question about the appointment of Connie Mack to public advocate for Hungary in the US, Lázár said Hungary wants to have a similar person representing the Hungarian cabinet’s position in Germany, too.