Uniquely Hungary: Matyó, Where To Buy The Real Thing In Budapest, By Anne Zwack 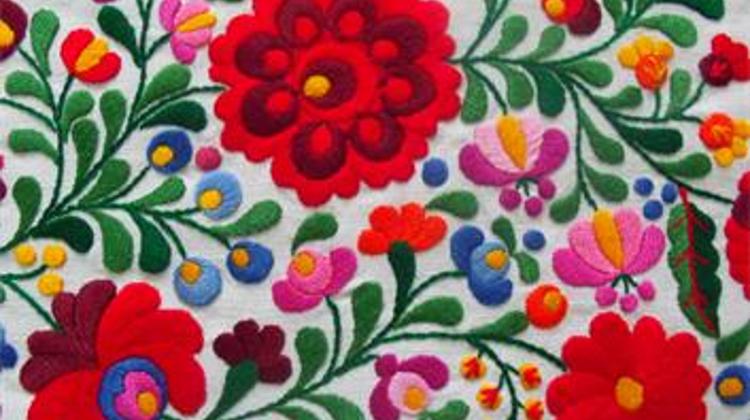 You haven’t been in Hungary twenty four hours before you have discovered Matyó. Matyó is a style of embroidery which has existed in Hungary for over 200 years and it is sold all over Budapest in souvenir shops on the Castle Hill and all over the centre of the city. Matyó emanates from a little triangle of villages 140 kilometres from Budapest on the way to Miskolc, in Mezőkövesd, Tard and Szentistván.

In Mezőkövesd they also paint furniture and other objects in wood with Matyó designs. The women here no longer wear their embroidered costumes but in every other respect the clock stopped fifty years ago. Like most of that area of Hungary there is extreme poverty and lack of work.

Rozi and Borbála Váczi grew up in Tard where the oldest house in Hungary is preserved as well as a Matyó museum. They remember the old ladies who looked after them while their parents were at work, sitting at the window embroidering the elaborate designs which make up the Matyó tradition.

These never vary, drawn on rice paper, pricked with pins and then coloured so that the design is picked out on the material. Rules are still very strict: only seven colours can be used and the patterns include overblown red roses with blue and yellow centers and stylized daisies and fluted tulips.

Rozi and Borbala now employ 22 of these older women who embroider for their workshop in Budapest where they make and sell stylish modern clothes incorporating small Matyo designs. Sometimes, not without difficulty they persuade the old ladies to include different colours in their work but the patterns never change. Their logo is a little bird with a tulip shaped tail.

Another designer who includes Matyó in her collection is Csezy on the corner of Régiposta utca. She herself is from Mezőkövesd and she makes elaborate ball gowns and evening wear where the belt or the collar or some other detail will be Matyó.

If I stood any chance of fitting into them I think it would be nice to have an evening outfit which is uniquely Hungarian and not risk seeing an identical Prada dress to mine dancing the rumba on the other side of the room.

Another source of Matyó embroidery is Kalocsa which varies from the North Eastern style in that there is more use of pink and little paprikás are included in the design. However the enormous output of Matyó embroidered table cloths available in Budapest is unlikely to be hand made whatever they say.

The real thing has to be more expensive as it takes six hours just to embroider one large rose. If they are made by the old ladies in Mezőkövesd and surroundings there will be a photograph of the seamstress with her signature. If a blouse is hand stitched it should be possible to spot tiny imperfections on the inside.

However, I have made many little girls extremely happy with flounced Matyó dresses which were probably made in China.