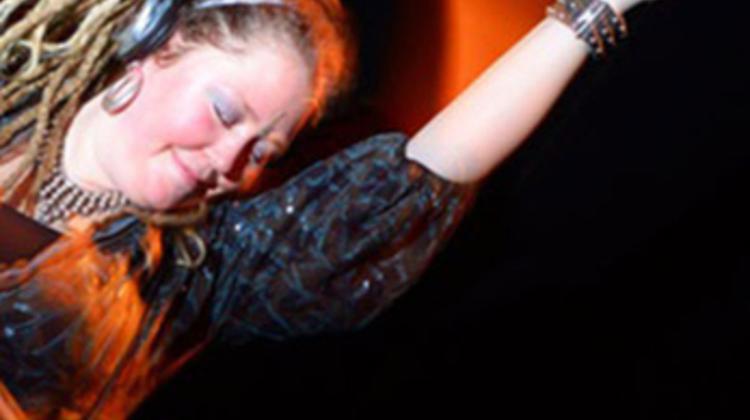 Argentinian producer Pedro Canale, aka Chancha via Circuito, came up through Buenos Aires's famed digital cumbia scene before breaking beyond those boundaries to forge unprecedented mergers between Brazilian rhythms, Paraguyan harp, Andean mysticism and Argentinian folklore - all processed through his own futuristic strain of post-dubstep.

He is both a cult artist within micro-circles of electronic music - invited to perform at Montreal's forward-focused MUTEK festival - and a crowd-pleasing sound artist, pumping up festival crowds at Roskilde and Vive Latino. A track from his 2011 album, Rio Arriba, was prominently featured in the soundtrack to Breaking Bad. The album's international success led to remix commissions from Gilles Peterson, The Ruby Suns and Gotan Project. With his third album release, Amansara, Pedro Canale continues to create a new digital dance-floor folklore for the future.

Rocky Marsiano is the instrumental/beats project of the Portuguese old school producer/MC/DJ D-Mars. "The Pyramid Sessions", its criticaly highly acclaimed debut album (Loop:Recordings) from 2005, with a strong jazz influence, opened doors for the projecy to start performing live. With the releases of its 2nd album (Outside the Pyramid) and 3rd albums (Back To The Pyramid) D-​Mars further explored jazz fusion by adding elements of soul/funk and Brazilian music (his mother was raised in Rio).​

The fourth album "Back To The Pyramid" was entirely produced in Amsterdam, where D-Mars is now living, and is a tribute to his mother's Brazilian records. The album was released on vinyl only as a way to show his respect to that format and culture.

The latest release "Meu Kamba" brings a very new element to Rocky's production: music from Angola, Cabo Verde and Mozambique. Receiving a lot of international praise, "Meu Kamba" is a colourful journey through the great rhythms from these three african countires.

﻿Rocky Marsiano has performed at all the main venues and festivals in Portugal, (p.e., Lux Frágil, Mexe Fest, Gulbenkian, Lisbon Casino) and was selected by BBC1's DJ and music ambassador Gilles Peterson as part of his night at Casa da Música (Porto). He also DJs regularly at some of Lisbon's main clubs (Radio-Hotel, Music Box, etc.)

Amsterdam-based Esta Polyesta is a DJ on a mission to bring world music to the clubs and festivals by mixing ethnic, acoustic sounds with electronic beats, spicing up dance music with samples of global instruments and vocal sounds from her massive music library that she's amassed in her ten years of performing and party-making from Holland, across Europe from Portugal to Greece and beyond to India, Israel and Morocco.

To purchase tickets for this program please go to the Hangvető Womex site: http://hangveto.hu/womex15/en/