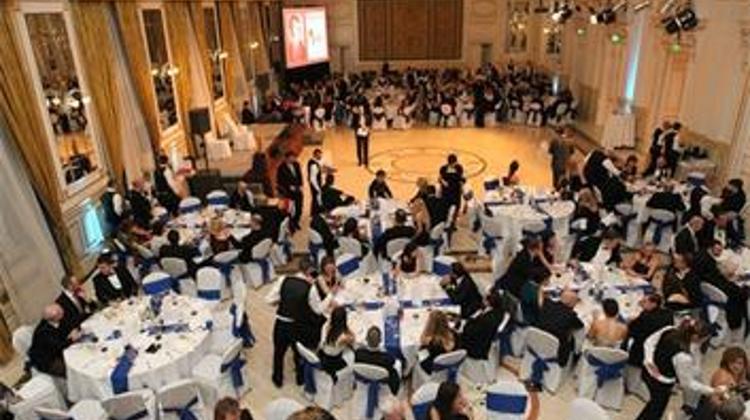 The Robert Burns International Foundation is well underway with preparations for the 19th Budapest Burns Supper to be held at the Corinthia Hotel on 23 January 2016.The event in January 2015 was a sell-out with all of the tables being reserved by Christmas, and early interest suggests the RBIF can expect no less in January 2016.

Before tickets go on general sale there is the chance to secure seats with a corporate sponsorship package, which will guarantee tickets to the Burns Supper, one of the best-positioned tables in the ballroom, and ensure some well-deserved promotion for your company or organisation in supporting the Robert Burns International Foundation and its charity projects for 2016.

General sale of the tickets begins on 23 November 2015, so don’t waste any time in registering to become an RBIF Corporate Sponsor in 2016, thereby guaranteeing you don't miss out on one of the highlights of the Budapest social calendar.

Photos from last year’s event can be found here: http://on.fb.me/1OBsZWc

The Robert Burns International Foundation is a completely voluntary and overhead-free organisation that has raised funds for child healthcare in Hungary since 1998. The RBIF is run by a six-member Curatorium, while its accounting and audit are handled by PwC and KPMG respectively, as long-standing sponsors, ensuring transparency. Its Honorary Patrons are the UK Ambassador to Hungary and the Hungarian Ambassador to the UK, while the RBIF’s Honorary President is Sir Alex Ferguson, former manager of Manchester United, who each year personally welcomes the RBIF Sponsor of the Year to Manchester for a game at Old Trafford.

For more information and to reserve your corporate package, please contact the Foundation by clicking here