Great Concerts In Hungary To Look Forward To In 2016 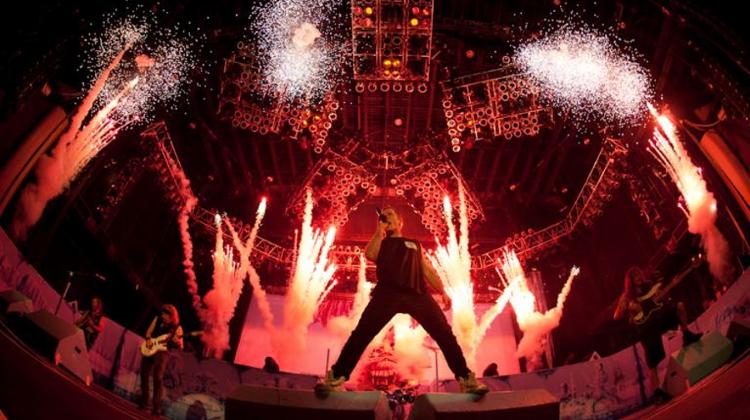 We are still in 2015, but first infos of the 2016 concert calendar are already public. While we yet expect names from Balaton Sound and Sziget Festival to become public, we already have the deatils of 6 big concerts, for all of which it is worth waiting for the next year!

They visited Hungary in 2014 last time, and it has just been announced, that they will visit Volt Festival in 2016. The legendary English heavy metal band has set this concert into their worldwide tour of The Book of Souls album – as they visit Hungary quite seldom, singer Bruce Dickinson has promised that they will also perform classic Maiden-songs.

The Cure started a tour after 8 years. One of the most important bands of alternative rock has already visited Hungary, but their 2016 concert is also to be a very exciting event, wether it will be a best of concert, or the presentation of their new album – the latter is already being promised for a long time by founder-song writer Robet Smith. The Twilight Sad will support The Cure on it's tour, and the concert will take place in Budapest Sportarena.

Follower of Celine Dion and Sarah Brightman, Canadian Lara Fabian (of Italian-Belgian origin) will sing in English and in French in Hungary, in Budapest Sportaréna. Her strong, magic voice attracts an audience of tens of thousands. She presents not only her own songs, but Edit Piaf, Charles Aznavour and Barbara Streisand's songs too. Her popularity is increasing in Hungary too, but if you haven't yet heard about her, here is one of her hits!

Where else, then on Sziget Festival 2016 can we meet the owner of one of the most popular men's voice of our times. His singing style tending to soul is harmonising wonderfully with today's pop music, resulting in really unique songs. He has already worked together with such stars as Calvin Harris or the Rudimental formation. And this is his greatest hit: