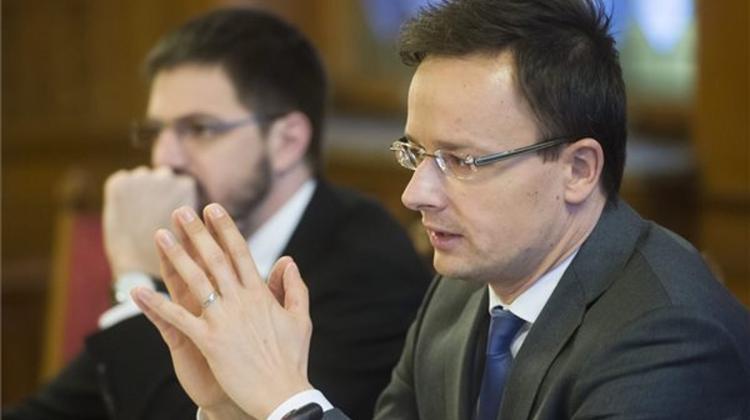 Hungary’s foreign policy has an important role in helping the country enforce its economic interests and boost its competitiveness, the foreign minister told parliament’s economic committee. Péter Szijjártó said in a ministerial hearing that Hungary’s economic model has succeeded in boosting economic growth while implementing a disciplined fiscal policy and reducing public debt.

The minister said the employment rate in Hungary is at a 23-year high. In a bid to attract new investors, Hungary has recently doubled its R&D spending, he said, noting that Hungary will have access to 700 billion forints (EUR 2.2bn) worth of European Union funds in the 2014- 2020 funding period, 60% of which will be spent directly on economic developments.

The export to GDP ratio was 97% by the end of the first half of 2015. Since September of last year, Hungary has approved the opening of 16 new offices abroad, he said.

The Hungarian Investment Promotion Agency brokered a total of 62 investments this year, worth approximately 1.1 billion euros, creating a total of 12,455 new jobs, he said.

The investment agency is assessing a further 164 investment projects, which the minister said would be worth 4.2 billion euros while creating 26,000 new jobs.

He said Hungary’s Eximbank disbursed new loans of 385 billion forints in 2015, generating 453 billion forints in export and current account surpluses. He noted that the government has signed strategic partnerships with 64 companies, which are set to add approximately 196,300 new employees as part of the agreements.

Szijjártó said that as foreign minister, he would not let undeserved criticism of Hungary go unanswered. Socialist lawmaker Csaba Tóth said he does not see “huge accomplishments” on the foreign minister’s resume. He said the ministry should do more to support small and medium-sized companies.

János Volner of the radical nationalist Jobbik party said unlike the foreign ministry, Hungarian citizens feel that wages have fallen, more and more people are emigrating and the private sector sees the shortage of skilled labour as a significant problem. Independent lawmaker László Varju of the leftist opposition Democratic Coalition said the government has failed to fulfil its promises of job creation.