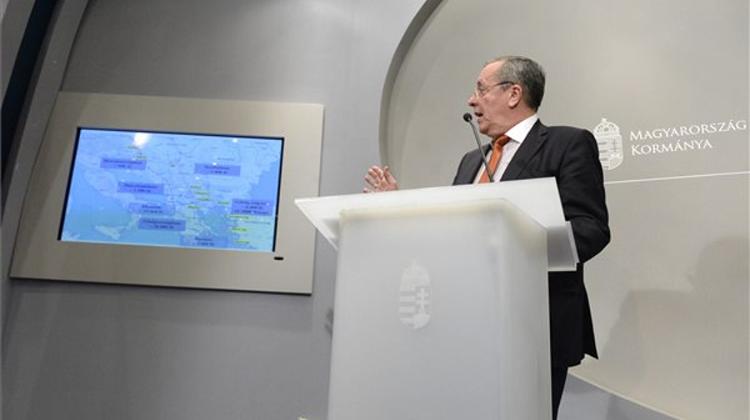 The Hungarian government spent a total of 80 billion forints (EUR 257m) on managing the migration crisis last year, the prime minister’s chief domestic security advisor said. György Bakondi said there are currently a total of 2,200 migrants in Hungary either in immigration detention or staying at community shelters. Hungary once again saw a rise in illegal entrants during the first two months of the year.

The advisor said that in mid-March Hungarian police officers will join their Austrian, Czech and Polish colleagues in protecting the Macedonian-Greek border.

With the western Balkan countries closing their borders to illegal migrants, the only way into Europe is with a valid Schengen visa, he said adding that the sealing of the western Balkan route has left a significant number of refugees stranded in Greece, Macedonia and Serbia.

There are currently about 36,000 migrants stranded in Greece with 2,000-3,000 people arriving daily from Turkey. Some 15,000 migrants are stranded near the village of Idomeni on the Greek-Macedonian border. A total of 1,500 people are stranded in Macedonia, a further 2,000 in Serbia and 500 in Croatia, all of whose fates are uncertain, he said.

The advisor noted that Turkey is housing 2.7 million Syrian refugees, 600,000 more than in January, and the Turkish minister in charge of migration has warned that the country will not take back migrants who reach Greece.