Xpat Opinion: Controversies Over Investments In The PM’s Birthplace 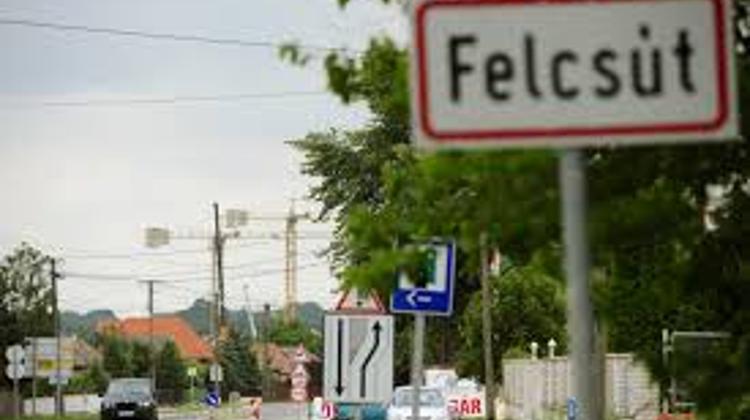 The poor performance this season of Puskás Akadémia FC is burdened with heavy political undertones. This prompts several Hungarian weeklies to add their pennyworth to the debate.

In Heti Válasz, editor-in-chief Gábor Borókai suggests that the Puskás football academy, which was dreamt up to raise new generations of players, was an excellent idea at the outset. He laments that it has become ‘immersed in money and political power play’, and that the grandstands of the local stadium, a venue for influential people, have become the real pitch.

Puskás Akadémia FC was founded by Viktor Orbán in 2007 in his native village Felcsút. The ‘‘academy’ is backed by businessmen from tax rebates, and is presided by Lőrinc Mészáros, a local businessman. Today it incorporates an on-site secondary school, training facilities, and a new, state-of-the-art football stadium (see BudaPost April 28th, 2016). A new narrow-gauge railway connects the village with a nearby tourist attraction, and has also drawn extensive criticism in the Hungarian press (see BudaPost May 4th, 2016). The Puskás Akadémia squad has been playing in the Hungarian Premier League for the last three years, but was relegated to the second division last week.

Heti Válasz’s editor-in-chief suggests that the moral of the story is that political support does not make up for lack of competence, and money by itself does not create anything, even if there is plenty of it. However, the team’s fall has also vindicated Mr Orbán, the author asserts: those who dislike the Prime Minister are fond of ‘crying wolf about match-fixing’, but by now it is indisputable that Viktor Orbán’s team has to beat its opponents just like everyone else. The relegation of the team is in fact good news, Borókai claims, and in an obvious allusion to the art of politics, claims that it also encourages a revival of the virtues of patience and temperance.

The man who used to decry the greed and excesses of those who wield power now builds and operates red-painted model trains which depart from near his own home, fulminates Élet és Irodalom editor-in-chief Zoltán Kovács. The target of his ire is the narrow-gauge train and other developments in the vicinity of Felcsút. In his weekly column he suggests that the idea that the relegation significantly improves Orbán’s credibility is absurd. It is designed to hide the fact, Kovács argues, that the Prime Minister built a football stadium near his home and that his soccer mania siphons money away from health care and education.

Many in the country were delighted by the team’s demise, writes Zoltán F. Baka in Figyelő. In an editorial, he assures his readers that such schadenfreude has nothing to do with the team itself, but rather with the ‘Felcsút story’. What happened in Felcsút now, the author suggests, is a reminder to those in power that ‘you cannot win all the time.’
The team’s relegation has silenced those who cried foul play, Magyar Idők’s online commentary claims. Pundits liked to hint that Viktor Orbán and Fidesz MEP Tamás Deutsch, fixed the match when underdog Puskás Akadémia FC beat MTK (a premier league team presided over by Mr Deutsch) last month.

In another Magyar Idők opinion piece, published online on Sunday, János Pelle chastises the opposition for ‘maligning’ the railway and stadium construction projects. The author reminds his readers that the narrow-gauge line is in fact a partial reconstruction of an old railway that was needlessly scrapped in 1979. The project, Pelle suggests, is a clever use of EU funds and is part of a program to revitalize tourism in the region. Accusing decision-makers of corruption in this case, the analyst argues, is utterly misguided.

The public, he warns, is increasingly bored by unsubstantiated accusations of corruption. Magyar Idők’s pundit also advises the opposition to cast their eyes on bigger issues of national importance, lest they become an absolute train wreck themselves.