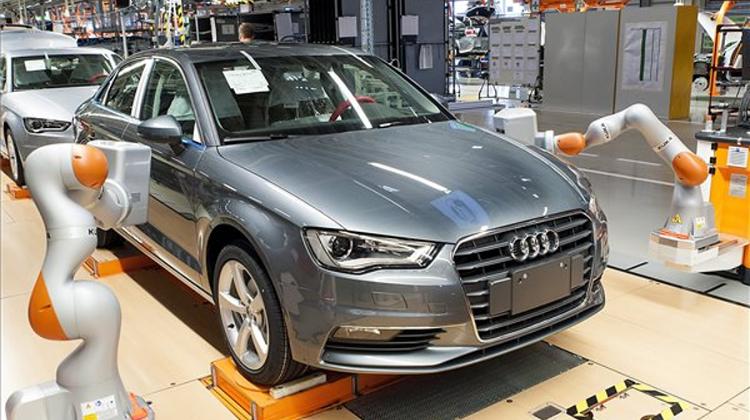 German carmaker Audi plans to make Hungary its electric motor centre, Economy Minister Mihály Varga said in a statement on Monday, after talks with Audi Hungaria managing director Peter Kössler. The government is negotiating the details, Varga said, adding that the plan is in harmony with the government’s Jedlik e-mobility project.

Varga noted that Audi had set up an 11.6 billion forint (EUR 36.6m) logistics base at its plant in Győr (NW Hungary) last year and planned to launch production of a new model from 2019. It is building a 32 billion forint engine plant at present, supported with a 6 billion forint government grant.

Audi Hungaria turns out about 2 million engines a year. It employs some 12,000 people and counts almost 100 Hungarian companies among its business partners.

The capacity expansion is required for the serial production of the Q3 model, scheduled to start in 2018, she added. Audi Hungaria Motor has a 75,000sqm car body plant making bodies for several models.

The Győr vehicle plant has capacity to produce 160,000 cars a year. Audi Hungaria Motor had revenue of 7.91billion euros in 2015.