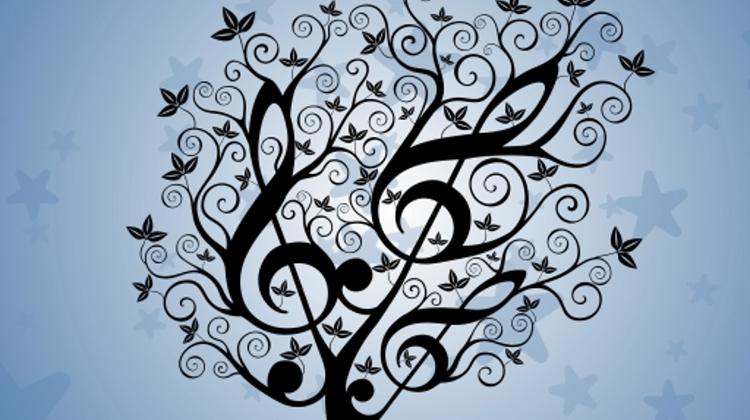 The Gabrieli Choir's final concert before the summer break takes place on Friday 10th June at the Herminamezői Szentlélek templom (Bp., XIV., Kassai tér), starting at half past seven. There are four contrasting works on the programme - dating from the 18th to the 21st centuries - and chief of these is a joyful jazz mass: the Mass in Blue by Will Todd (1970- ).

This is the mass the much talked about Hungarian première of which the Gabrieli Choir (artistic director RichardSólyom) and the Nagy János Trio gave in 2011. For this new performance we are delighted once again to be joined by the Nagy János Trio and soprano soloist Tímea Balog; the Gabrieli Choir, however, will be augmented by Edinburgh University Chamber Choir, here in Budapest on tour (the two choirs also performed together last year in Edinburgh).

The principal work in the first half of the concert will be the Songs of Farewell by Sir Hubert Parry (1848-1918), performed by the guest choir alone and conducted by Robert Brooks. As a coda to the evening, the concert will close with The Lord's Prayer by David Fanshawe (1942-2010), a movement from his extraordinary African Sanctus. And in honour of the 90th birthday of H.M.

The Queen (the celebrations for which will be taking place throughout the U.K. and the Commonwealth this very weekend) the concert will open with Handel's Zadok the Priest. Composed for the coronation of King George II in 1727, Zadok the Priest has been heard at every coronation since, including that of our own Queen in 1953. The organ will be played by László Gesztesi-Tóth.

A detailed bilingual programme booklet will be available at the concert.

Admission is free, although donations will be gratefully accepted.

The Gabrieli Choir is a Budapest-based amateur chamber choir, which, uniquely in Hungary, specializes in the study and performance of sacred music drawn from the repertoire of Anglican Cathedrals. Its Musical Director is Richard Sólyom. Rehearsals are held once a week in the Sixth District of Budapest, and concerts (6 to 12 a year) are held in churches all around the capital; the choir also on occasions performs its repertoire in the context in which most of it was originally written, that is within the Anglican liturgy. The choir welcomes enquiries from prospective new tenors and basses (sopranos and altos are asked to join a waiting list): for more details please visit the choir’s website or Facebook page.