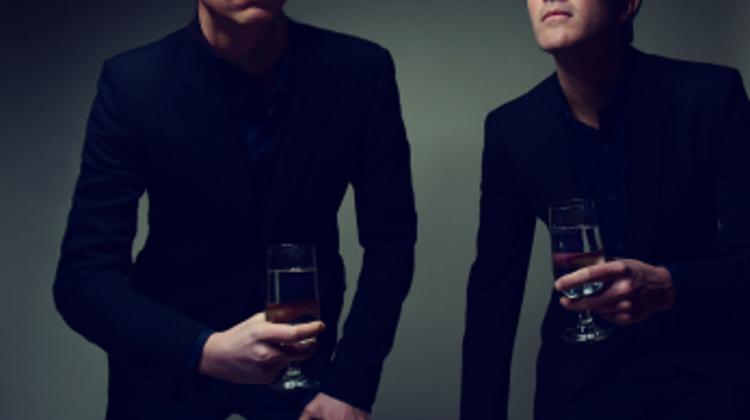 The very special and chilling funk-punk indie-rock to britpop of the We Are Scientists formation will be presented at the A38 along with their fifth album on a great night!

We Are Scientists (US)

Although formed on the West Coast by three California-based college students, We Are Scientists officially took flight after frontman Keith Murray, bass player Chris Cain, and drummer Michael Tapper relocated to Brooklyn and began building a small devoted following. After releasing three EPs and one independent album, the group signed with Virgin Records and released its major-label debut, With Love and Squalor, in early 2006. Although modestly popular in America, the album became a gold-selling hit in the U.K., where the band's sound -- part post-punk revival and part indie rock, with a touch of '80s synth pop -- drew parallels to popular bands like the Editors, Franz Ferdinand, and the Killers.

In 2008, the group -- which was now just a duo comprising Cain and Murray -- put out its second full-length album, Brain Thrust Mastery. As before, the record found more popularity overseas, where it debuted at number 11 on the U.K. albums chart. The band toured heavily in support, playing a number of European festivals and opening shows in America for Kings of Leon. As We Are Scientists prepared to record a third album, former Razorlight drummer Andy Burrows joined the lineup, and the revised band unveiled itself with the release of 2010's Barbara. That year founding members Cain and Murray appeared in their own series of comedy shorts, titled Steve Wants His Money, which was seen on the Internet and ran as segments on MTV.

In late 2012, they entered the studio in New York with producer Chris Coady (Beach House, Gang Gang Dance, Blonde Redhead) to record sessions for their fourth record. Burrows relocated to the city from England while he worked with Murray and Cain to write and record tracks for the album. Titled TV en Français, it arrived in early 2014. In 2016, We Are Scientists returned with their fifth studio album, Helter Seltzer, featuring the singles "Buckle" and "Too Late."