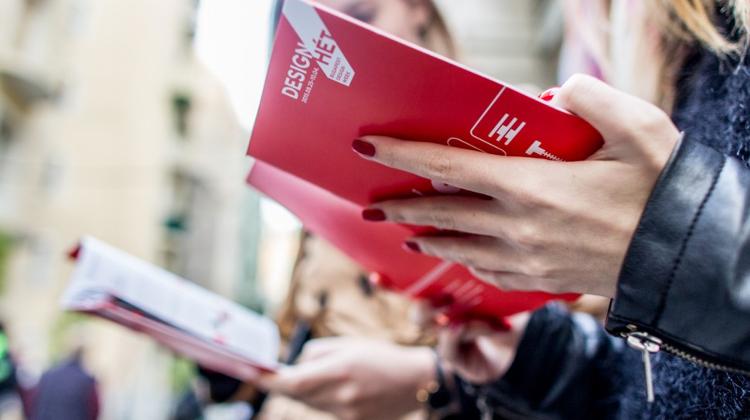 Budapest Design Week will take place again, between 23 September and 2 October; in 2016 it will focus on the diversity of relationships between man and design.

In line with its slogan ’Design Anatomy’, Budapest Design Week undertakes to present the diversity of relationships between man and man’s built environment. All that does not directly stem from nature around us is a result of a design process.

All designed elements rely on the dimensions, proportions and properties of the human body: these are what an interior designer relates to on designing the proportions of an interior, or an UX designer on dreaming up a smartphone app, or a fashion brand on manufacturing sportswear.

The function of design is to embody the interaction between the human body and our environment, using the most recent innovation and technology, in order to make it as practical, efficient and aesthetic for man as possible, which means marketability at the same time.

In 2016, the series of events during Budapest Design Week map the relations of the human body, the surrounding tools, objects and spaces – starting from furniture design to fashion, from UX design to the psychological effect of the environment on the soul, while focusing on the role that design plays in the growth of the economy.

Among professional considerations, designers also take socio-cultural, economic and psychological aspects into account for their design work, with particular respect to the immediate environment where their creation must exist. In this respect, designers from various countries respond differently to the same stimuli, and their approaches also vary.

A priority objective of Budapest Design Week in 2016 is to present the different idioms, solutions and means used by designers from different countries that have similar social, economic and cultural traditions and properties besides facing similar challenges.

On this note, and celebrating the 25th anniversary of the Visegrád Group in existence, the Guests of Honour at this year’s Budapest Design Week will be the four Visegrád Countries. Contemporary designers from the Guests of Honour will be devoted a grand exhibition and a number of programmes intended for the both profession and for the general audience to present works of contemporary designers from the Czech Republic, Slovakia, Poland and Hungary.

Following the traditions of prior years, the Hungarian Design Award and the Design Management Award are set to be ceremonially conferred during Budapest Design Week, along with an exhibition showcasing leading works and successful, praiseworthy organisations.

Moreover, the accompanying elements that have persistently been present for years will be available also in 2016: Design Tours, workshops to promote the encounter of designers and investors, as well as Open Studios, which allow a peek into designers’ day-to-day work.

A priority goal of Budapest Design Week is to draw the corporate sector’s attention to the opportunities offered by design and to the significance of design awareness, which improve competitiveness in both the domestic and international scene. For this reason, programmes that emphasize the economic role of design will be allowed more latitude in the series of event.

Besides the central programmes, a host of fringe programmes will be offered by shops, galleries, showrooms, museums, cultural and community spaces, as well as bars and restaurants in Budapest and multiple other cities during Budapest Design Week. Similarly to earlier years, anyone is free to join; the organisers expect suggestions for programmes until 15 June (conditions of participation are available on designhet.hu).