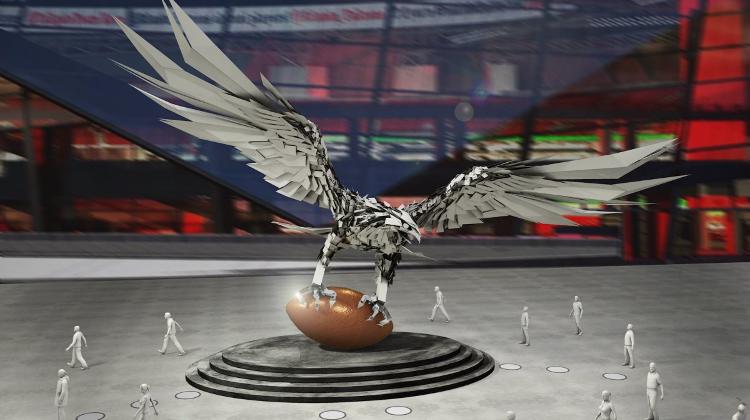 Hungarian sculptor Gábor Miklós Szőke has been commissioned by Savannah College of Art and Design (SCAD) on behalf of U.S. NFL team Atlanta Falcons to design and produce a statue depicting the team’s mascot, according to a press release issued.

The statue will be located in front of the main entrance of the Falcon’s two million sqm Mercedes-Benz Stadium, currently under construction, which is scheduled to host the Super Bowl in 2017. Spectators and sports enthusiasts will enter the stadium under the wings of the huge statue, which will be depicted holding an American football in its talons, as if touching it down.

The statue will be the biggest the artist has yet made, and it is claimed it will also be the biggest bird sculpture of the world, with a 20-meter wingspan.

“It is an honor for me that I can cooperate with two such high prestige and historical institutions as SCAD and Atlanta Falcons, and that I can realize my statue in front of the most progressive stadium in the world,” the artist said.

Szőke is known for his monumental animal statues, which are on public display around the world. Among the more well know, his eagle stands in front Hungarian soccer team Fradi’s stadium in Budapest, and his “Flying Puli”, inspired by the traditional Hungarian dog breed, in Washington D.C.