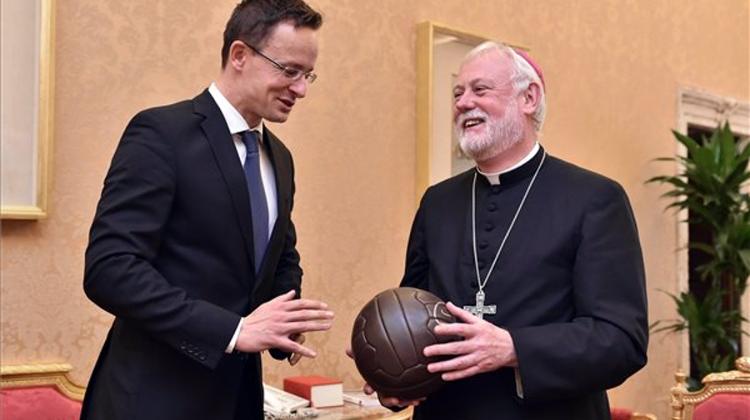 Hungary is committed to playing a leading role in the protection of Christianity and Christian communities worldwide, Foreign Minister Péter Szijjártó said after talks with Archbishop Paul Richard Gallagher, his Vatican counterpart, in the Holy See.

Szijjártó said he had told Gallagher that one of the key focal points of Hungary’s foreign policy is combatting the persecution of Christians.

The foreign minister noted that four out of five people who get killed for their religion in the world today are Christians. The lives of millions of Christians are under threat today by followers of extremist ideologies, he said.

Furthermore, there are clear agendas today to change or even do away with Europe’s identity, Szijjártó insisted.

The minister said Europe’s Christian identity could only be upheld by putting family and work first. This is what the Hungarian government has been promoting since 2010, he insisted. Szijjártó said he had also told his Vatican colleague that Hungary was pushing for stepping up protections for Christians in the Middle East.

This means intensifying efforts against the Islamic State so that Christians in the region can return to their homes as soon as possible. Answering a question, Szijjártó said that apart from its border protection efforts, Hungary also contributes to the protection of Christians by continuously sending aid to them in the Middle East and offering scholarship programmes to students there.

The minister also met Ertharin Cousin, Executive Director of the UN World Food Programme. They discussed the importance of food programmes aimed at ensuring that migrants fleeing war and poverty in the Middle East can stay as close to their home countries as possible.