Putin To Make State Visit To Budapest In February 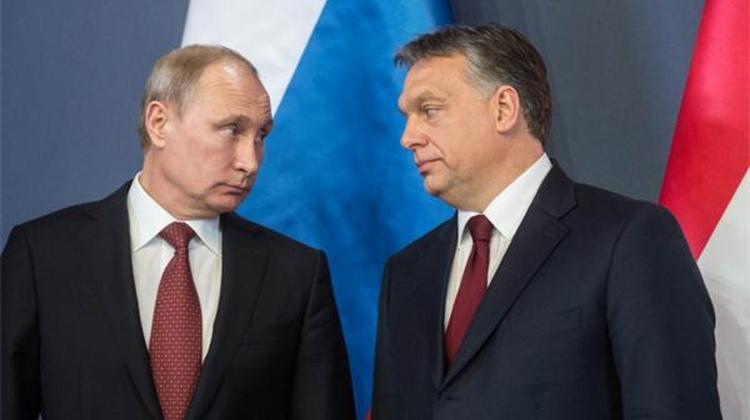 Government sources were unable to give specific information on what the two leaders would discuss, but one said that since a delegation from Russia’s state atomic energy corporation (Rosatom), visited Budapest two weeks ago, “it is possible that they will ceremonially sign something related to” the construction of two new nuclear reactors at the Paks atomic energy plant.

Gazprom president Viktor Zubkov was also in Budapest this month and met Orbán as a precursor to the upcoming visit from Putin, the government source told Magyar Nemzet.

Orbán has held bilateral talks with Putin more regularly than with any other leader – three times in two years. In fact, the two have met every year since 2009, although before Putin’s visit to Budapest in 2015 Orbán always traveled to Russia.

During the 2015 visit, Putin placed a wreath on the grave of a Soviet soldier and negotiated with Orbán on the extension of a Russian-Hungarian gas contract set to expire in 2019, which the two leaders finally signed during Orbán’s Moscow visit this year.

Orbán also announced during Putin’s visit that they had agreed a Hungarian construction firm would build one of the stadiums for Russia’s hosting of the 2018 World Cup. The stadium was never built.

Rumors of a possible meeting between Orbán and American president-elect Donald Trump are circulating after the Hungarian prime minister claimed in an interview that he had been invited to Washington during a telephone conversation with Trump last month. No official invitation has been made but reports suggest that the Hungarian government is aggressively lobbying for such a meeting.

Orbán could get his chance in February during an annual security policy conference in Munich, which Trump is expected to attend. “There is hope that Viktor Orbán will be asked to a discussion,” a government official said.

Indeed, Orbán has expressed unabashed admiration for Trump, and was one of only three heads of state in the world to officially endorse him before the US election last month. He has said that “the world will be a better place with Trump as president,” and that with his election “we have crossed the threshold of a new age” in which “reality has triumphed.”

According to Orbán, Trump’s election was nothing less than “Western civilization successfully liberating itself from the captivity of an ideology.”

Hungarian diplomats are also vigorously campaigning to secure Orbán an invitation to Trump’s January 20 inauguration in Washington, but government officials admit that “the chance is meager”. Invitations are expected to be delivered to certain world leaders this week.