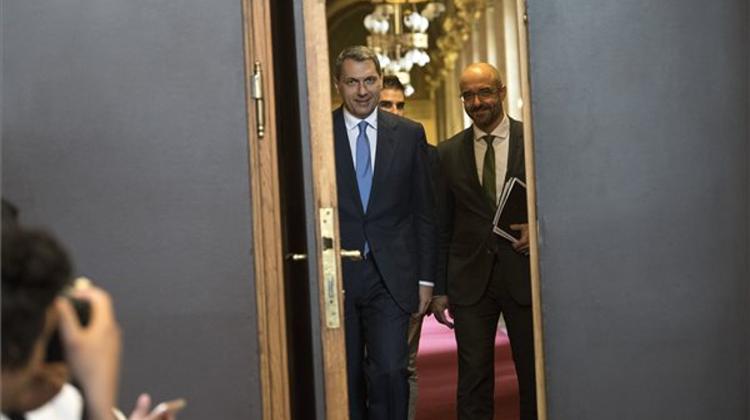 The Hungarian government has accepted the invitation of the governor of New York to discuss the issue of the Central European University (CEU), as listening to what the governor has to say is a “matter of courtesy”, Cabinet Chief János Lázár said yesterday during his weekly press conference.

New York Governor Andrew M. Cuomo announced on Wednesday his readiness to enter into discussions with the Hungarian government to continue the relationship with the State of New York that enables the CEU to keep operating in Budapest. CEU welcomed the governorʼs statement.

Lázár said concerns over the amendments aired earlier by the European Commission (EC) did not warrant any changes to the higher education act, according to Hungarian news agency MTI. The minister also reminded journalists that the EC had launched an infringement procedure against Hungary over the amendments and Hungary was required to respond to questions in the executive bodyʼs “letter of formal notice” by yesterday.

While some have been “whipped into a frenzy” over the matter of the CEU, a number of countries are prepared to negotiate with the government, Lázár said according to MTI. He cited the examples of China and the U.S.-based McDaniel College. The government has already held talks with the heads of McDaniel College; they, as well as the State of Maryland, where the school has its main campus, are ready to reach an agreement, he added.

The government is also in contact with the United States federal government on the matter, Lázár said.

Hungarian governing party Fidesz has often called CEU the “Soros university” (after its founder George Soros) in its recent communication and has regularly blamed the Hungarian-born financier and philanthropist for the refugee crisis, as well as accusing him of meddling with European politics.