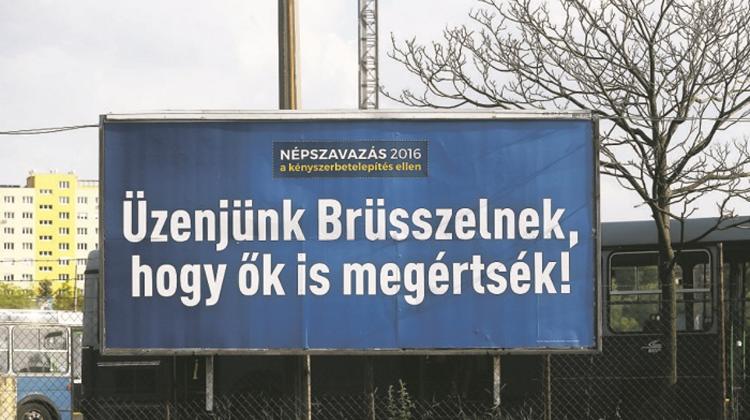 According to data compiled on Hungary’s advertising market in 2016, the Hungarian government spent 80 percent more on advertising than in 2015, becoming the single biggest advertiser in the country.

According to napi.hu, a total of HUF 216.09 billion (USD 755.4 million) was spent on advertising in Hungary in 2016, up two percent from 2015 and showing a growth in every medium. Some 26 percent of that sum was spent on television advertising, making it the second-largest advertising medium after the internet.

The Hungarian Advertising Association (MRSZ), which published the figures, notes that the growth of the domestic advertising market was thanks in large part to the government’s increased investment, but also to unusually large sporting events such as the Euro 2016 soccer tournament and Hungary’s bid for the 2024 Olympics occupying a large niche in the advertising market.

The government has consistently spent billions blanketing the country in ads in the past two years for its “national consultations,” and on a campaign encouraging Hungarian citizens to participate in an anti-EU refugee resettlement quota referendum.

In 2017, ads reappeared on billboards, in newspapers, and on television and the internet touting the government’s “Let’s Stop Brussels” National Consultation questionnaire.