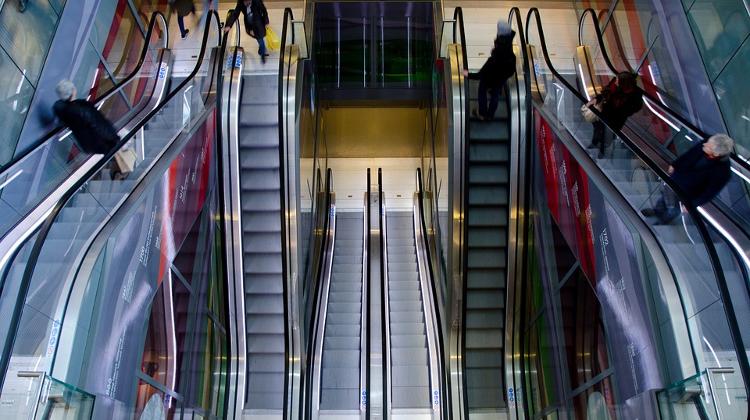 Hungary is the fifth most attractive market for retailers looking to expand their store presence in Europe, the Middle East and Africa in 2017, tied with Spain and the Netherlands, according to a CBRE research report sent to the Budapest Business Journal, entitled How Active are Retailers in EMEA?

The core markets of Western Europe are top of retailers’ agenda as the most popular destinations for expanding their store networks in 2017, despite political and economic uncertainty in Europe, according to global property developer CBRE.

The United Kingdom leads the way as the most attractive retail market in the region, with 65% of retailers targeting the country for expansion, according to CBRE’s latest report. The U.K. is followed by France (43%), Germany (38%) and the UAE (24%). Spain, the Netherlands and Hungary each attracted 19% of respondents, thus standing equal fifth among the most popular markets for retailersʼ expansion.

According to the report, the number of retailers with large-scale expansion plans in 2017 is expected to slow down, with 70% of retailers indicating that they expect to open ten stores or less, reflecting a more cautious approach to their growth plans. However, street shops and regional shopping centers remain the most popular formats for expansion, with over 80% of retailers choosing these methods of growth.

The survey also found that the biggest concern for retail expansion this year is the escalation in real estate costs, which was cited by 57% of retailers. This was closely followed by lack of quality retail space (51%).

“Our research shows that retailers are committed to opening new stores and that the U.K. remains an attractive destination for retailer expansion,” said Andrew Phipps, Head of U.K. & EMEA Retail Research at CBRE.

“However, finding quality retail space in the right location remains a challenge and this has been a consistent rental driver in some of the most prime retail areas across EMEA, pushing some of the traditional European retail centers to large rental growth throughout 2016.

There is little expectation from retailers that this lack of quality space in key Western markets is likely to decrease in 2017.”

The survey revealed that 81% of retailers believe that the growth of online retail will not deter them from their physical store expansion plans in Europe.

At the same time, a small number of retailers said they believe the internet will reduce the need for a large store network, and also believe that changes in consumer shopping will allow retailers to generate the same level of sales with fewer stores. This highlights that the role of physical stores is changing, with more stores being used as an opportunity for brands to display experiential retail, notes the report.

When it comes to investing in digital technology to improve customer service, 78% of retailers have implemented, or are looking at implementing, an integrated store and social media platform, while 58% of retailers agreed (strongly agreed or agreed) that the use of in-store technology is growing in importance.

More surprisingly, a third of retail brands indicated that they have looked at, or are looking at, implementing interactive displays and fitting rooms, a trend that looks set to be popular in 2017.