Szijjártó: US Negotiator Decisive For Deal On Universities 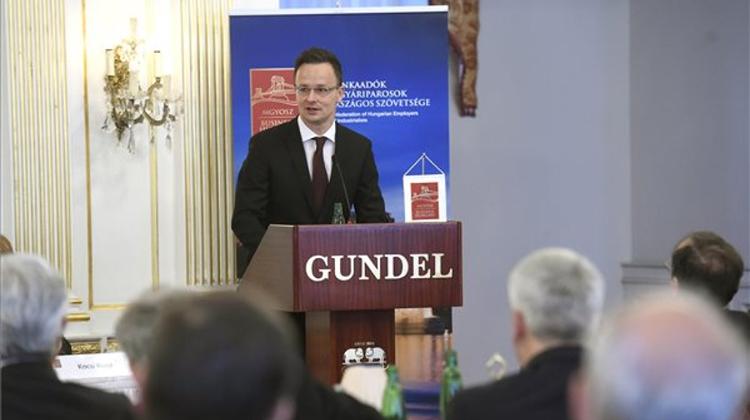 The appointment of a US negotiator will be decisive in demonstrating the openness and goodwill for a US-Hungarian intergovernmental agreement on higher education, Foreign Minister Péter Szijjártó said. In order to reach an agreement, the negotiator must have a proper mandate from their government, Szijjártó said ahead of a summit of the Confederation of Hungarian Employers and Industrialists.

The minister said he saw no reason why such a deal could not be struck. If the governments of Malaysia, Thailand and China are able to sign a deal with the Hungarian government on universities operating in Hungary, then it is unlikely that the US government would not be ready to sign the relevant deals in respect of the “excellent US universities”, he added.

Three US universities operate in Hungary and they are “quite serious institutions” for an intergovernmental agreement to be signed on their operational conditions, Szijjártó said.

The deputy state secretary appointed for the talks by Hungary has already consulted all four non-European Union embassies representing countries from where universities operate in Hungary.

Further, neither the Thai, the Malaysian nor Chinese embassies have seen any obstacles to meeting the necessary conditions, and they are now asking the necessary mandates from their capitals, Szijjártó added.